Working film production leads one to some interesting places in Los Angeles that aren't accessible by the general public. Some of these places are cool, some are scary, some are dangerous, and some are just odd.

Let's have a look at Lacy Street Studios: 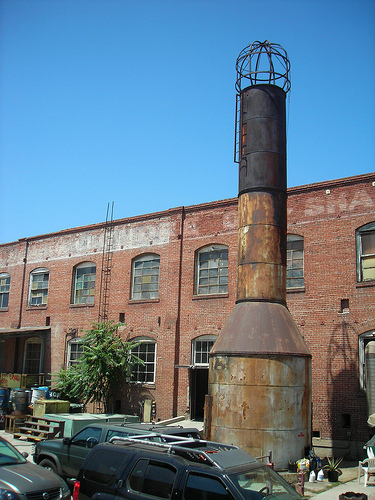 Built in 1885, the building was converted into a stage (of sorts) in 1976, and since then has hosted just about every low-budget show in town. The building's claim to fame is that the TV show "Cagney and Lacey" was shot here. 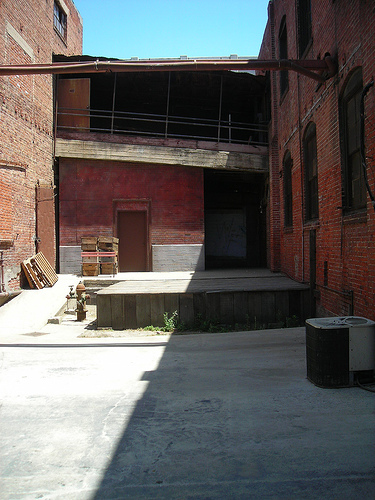 Unfortunately, Lacy Street's management have done very little in the way of maintenance to the buildings: 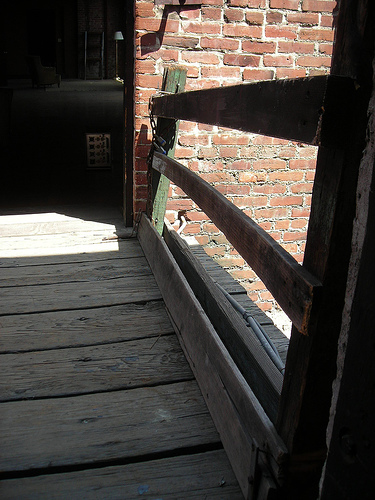 This wobbly railing is on a second floor walkway 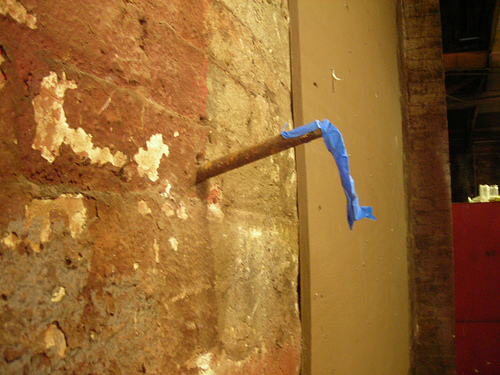 This is right at eye-height. The blue tape is so no one walks into it.

Hell, the place is so close to falling over they've actually had to brace it with steel girders. 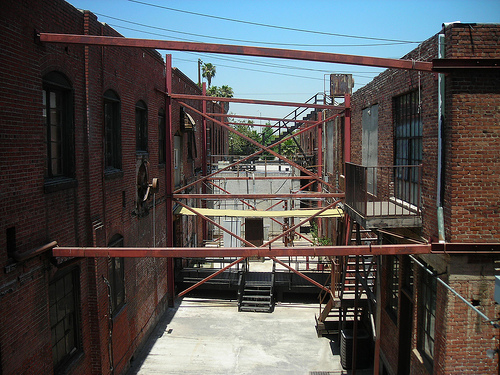 Normally, if we're working in conditions which require extra attention on our part, we'll get a little 'safety notice' stapled to the back of the next day's call sheet explaining the hazard (asbestos-laden interiors, 18 inches of pigeon shit, puddles of dubious liquid, Godzilla sized rats, Zsa Zsa Gabor) is and how it's being made less dangerous by issuing the crew safety gear (such as breathing masks, hip waders, stun guns or sidearms).

Unfortunately, I don't think there's a "rickety building" hazard notice (and what would the safety precaution be? Safety goggles and tetanus shots?), which is a shame because they really need one for places like Lacy. 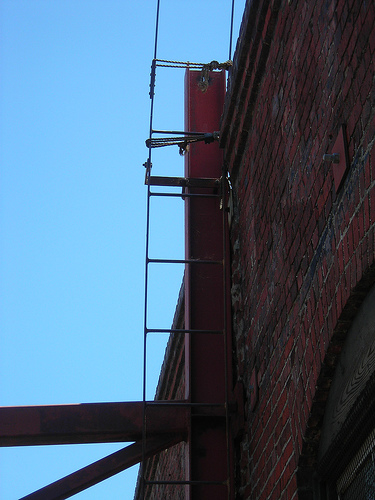 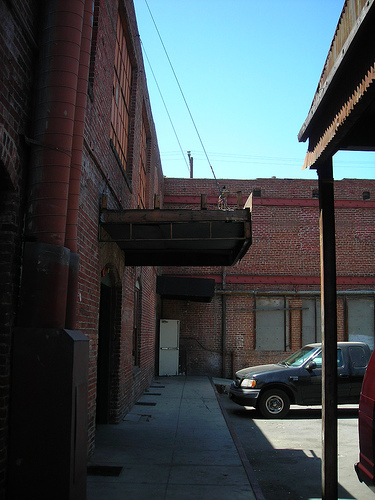 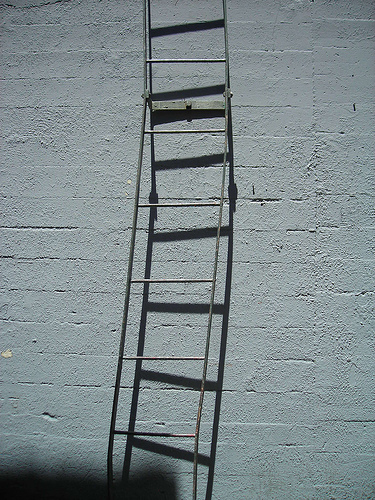 On the bright side, the elevators do still work, and given how old they probably are, that's quite impressive. 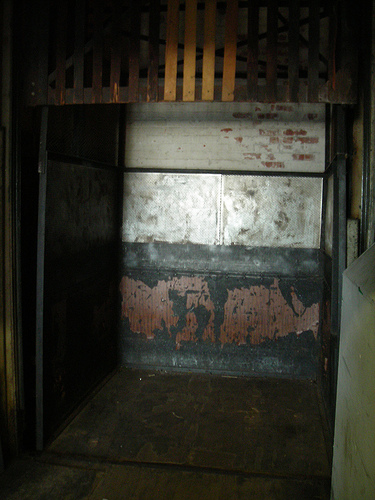 Of course, the reason movies, TV and commercials keep shooting here although it's about to fall over is that the place looks really. fucking. cool. We all understand and accept that the beat-down look is part of the charm, and no one's asking for that charm to be modernized out of the place, but I for one don't want to open the paper one day and read about a death or serious injury at Lacy which could have been prevented with few thousand dollars worth of construction materials.

Lacy Street Studios is located at 2630 Lacy Street, near the intersection of the 110 freeway and the 5 freeway.