Interview with Luke Ford, the Blogger who Scooped Everyone on Mayor Tony's Failed Marriage 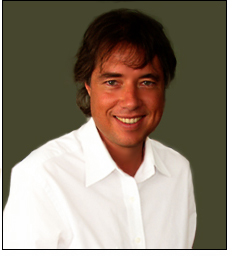 LA author, blogger, and photographer Luke Ford was the first person to report that Los Angeles Mayor Antonio Villaraigosa's days of being married were over. In his post on January 29 titled Antonio Villaraigosa’s Marriage Kaput, Ford brought up several telling key details that turned out to be right on the money.

The mayor and his wife Corina haven’t been seen together in public in about ten months (since the president of Mexico, Vicente Fox, visited in May 2006). Villaraigosa no longer wears his wedding band (not since the first week of September 2006). His wife does not live with him in the mayor’s mansion (I don’t think she’s ever lived there with him).

“So, will he be reverting to his maiden name?” asks one internet commenter.

Around 2:30 p.m. Friday, Jan. 26, a journalist at City Hall finally worked up the courage to ask Villaraigosa after his press conference, “Where is your wedding ring? What’s the deal?”

The mayor said that he had lost weight and hadn’t had the time to have it resized. The mayor said he was still together with his wife Connie.

Ford went on in more detail in the post about the mayor and his family.

Luke, how were you able to scoop everyone on the big scandal that Mayor Tony had been cheating on his wife and his marriage was over?

On January 29, I was just shooting the breeze with a fellow journalist and he reported this information about the mayor and that none of the mainstream journalists would be allowed by their editors to publish such a story.

I made some phone calls and sent out some emails and verified that what I had been told -- that the mayor's marriage was kaput -- was true.

I remembered reading Dennis McDougal's book on The Los Angeles Times and how timid it was about reporting on Tom Bradley's pecaddillos.

I believe The Los Angeles Times wastes its resources and is overly fastidious about these types of stories (stories that their journalists on the beat know about but their editors are not interested in publishing).

In 2005, I published the story on lukeford.net that the story the City Hall journalists were talking about amongst themselves but would never publish was their belief that James Hahn's wife had left him for another woman.

Nobody seemed to care.

I never broke any story about the Telemundo newscaster. Given who Antonio is, it is difficult to believe that he has ever been monogamous in office. I don't believe that he is now exclusively with Mirthala Salinas. I've never thought the big story is who the mayor's girlfriend is. The bigger story is who the mayor is and how he operates. The even bigger story is what a lazy and inept monopoly newspaper is The Los Angeles Times, which had to be dragged kicking and screaming into covering the mayor seriously.

Since we can assume that you never personally saw the pair being "more than friends", were you ever afraid that you were incorrect with your accusation?

In hindsight, who was the most wrong in denouncing you for what turned out to be true?

I haven't thought about it.

Do you think that the Mayor should resign now that this has come out?

You're a religious man, what are your thoughts about divorce and adultery?

The Bible says that when a couple divorces, even the altar cries, but that does not mean that divorce is always wrong. It's always sad but often necessary.

Anybody with the least knowledge of Antonio knows that the man won't be monogamous. I'm not sure that's a big deal. I'm not sure how that should be covered.

This whole squalid thing has not affected my view of the mayor. I voted for Hahn (I am very right-wing) but I'm pleased with the job Antonio's done.