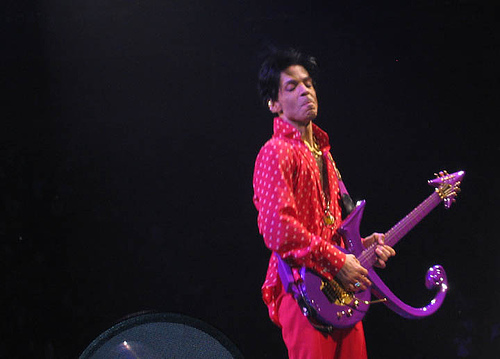 Looks like the Hollywood Roosevelt has some explaining to do. Here is the story from my husband, Bob:

If you requested Prince tickets for the Roosevelt and never heard back, check your credit card statement!

Prince just cost me a thousand freaking dollars and I didn’t even SEE the guy.

When I saw the announcement to email the Roosevelt for ticket details, I did so immediately. They emailed back an order form, which had to be sent back to them with:

My name
My credit card info
Preferred date
At least one alternate date.

It smelled funny, but I really wanted to see the show, and figured $312 was survivable, so I did it. They did say they’d contact me to confirm my order had been processed.

After a week went by with no word, I emailed them again, and got an out-of-office response stating that all the dates I wanted were already sold out. So much for that. I made other plans for Thursday & Friday.

Then, on Wednesday I got a call at work from the Roosevelt stating they could get me in for the Thursday night show. But by now I’d made other plans, and anyways, it was too late to take Friday morning off work. I declined, and told them to cancel the order completely. No Prince for me this time around.

I went to pay my Amex bill today and noticed charges from the Hollywood Roosevelt. And not just for one ticket – three tickets, at $312.10 apiece. They charged me for two more tickets than I’d even asked for in the first place.

The Roosevelt hotel office didn't seem too broken up about and they said someone would get back to me maybe late next week.

I called American Express and they have opened an “investigation” and will let me know something in the next eight weeks or so.

Prince has often gone out of his way to offer special access to his fans, but this event seems to have been poorly handled. Not only did they require anyone interested to send unsecured credit card information, a look at the comments page on www.prince.org reveals that many people had a hard time even confirming their seats until the day of the show. Thursday night’s show ended up being called off, with those ticket holders being given the chance to get in either the Friday or Saturday shows, leading to an uncomfortably overcrowded ballroom for everyone last night.