Chill, You Don't Need to go Handsfree til Next Summer 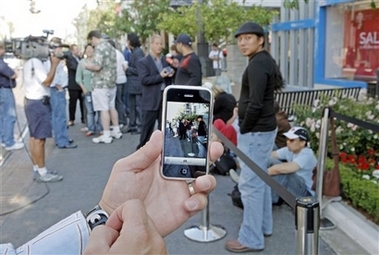 People are freaking out by a law that requires that you be hands-free if you use a cell phone in your car. The law goes in effect July 1, 2008 but the LA Daily News is reporting that locals are thinking that the law will kick in this weekend, so they are rushing to the phone stores to get their blue tooth accessories.

Officials have blamed an e-mail hoax for helping to spread the panic that just days remain before drivers could be hit with fines.

[Wireless phone store owner Jacob] Peykar and other cell-phone retailers said they saw spikes in the sale of hands-free devices at the beginning of the year, too, as customers thought the law began Jan. 1.

Under the state law, drivers will be prohibited from using handheld cell phones. First-time offenders can be slapped with a $20 fine; repeat offenders, $50. Commercial truck drivers and 911-dialers are among those exempt.

And even though it isn't the law yet, it probably is a good idea to start being handsfree while driving, Los Angeles.