Who Do You Think You're Calling Retarded? 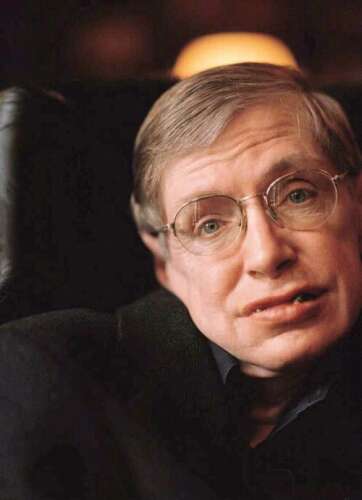 This may seem like a moot point in the wake of the horror that is the Benoit murder-suicide. I do not mean to minimize the tragedy by nit-picking. But I cannot believe that in this day and age I am seeing headlines like this one from Fox News:

And here it is again.
And again.

Retarded child? Retarded? Are you kidding me? This poor child is the victim of a senseless murder and the media has the gall to refer to him in the most insulting, dehumanizing way possible? And this wording appears to be coming straight from the Associated Press.

If you are one of those people who says things like, "I'm so tired of having to watch every single word I say or some liberal is going to get all PC on me", then stop reading now. Move on. For everyone else, if you'd like a short refresher course on how to avoid sounding like these morons, keep reading after the jump.

First of all, the person comes before the disability. It is preferable to talk about a person with a disability as opposed to saying a disabled person, although that's usually OK too. Try not to use the disability as a noun to define an entire group of people, such as the blind or the paraplegic. Handicapped is a term used only to refer to things like parking, not to people. And even when discussing parking or curb cuts, it is still more appropriate to say accessible rather than handicapped. In general, avoid terms like afflicted with or suffering from. Replace the phrase birth defect in your vocabulary with the word congenital. But don't feel as if you need to change your everyday speech. People who use wheelchairs say they are going for a walk, blind people say they saw that article in the paper today, And deaf people say that they heard about your new job. They know they have a disability. They would prefer you don't dance around it. At the same time, I can't speak for everybody, so don't make any assumptions. Ask. Everyone is an individual with a right to self-reference.

During the first big wave of political correctness, some awkward language was developed. All of that "vertically-challenged" lingo never really caught on. There are still a few terms that are kind of wordy, such as the one used to replace retarded. Most people use the term developmentally delayed, which is often shortened to D.D. Some people prefer the term developmentally disabled, which is also handily shortened to D.D. Persons with Down Syndrome should never be referred to as Mongoloid. I don't care what DEVO said. Ironically, like the NAACP, organizations that are fighting this kind of stigma are the last ones to change their stationary, so there is still the Association for Retarded Citizens (ARC).

People who are developmentally delayed are those who have the disability as children. Some people survive a trauma later in life that affects their cognitive ability. They are not brain-damaged. They are people with traumatic brain injuries, or TBI for short.

People who have Cerebral Palsy, or CP, should not be referred to as spastic or spazzes, although that should be pretty obvious. Remember too, that CP does not affect a person's cognitive ability. People who have epilectic seizures are referred to as having a seizure disorder. They might have a seizure or an episode, but not an epileptic fit. I think most people know to say little people rather than dwarf or midget.

Many awkward terms like hearing-impaired never really caught on. Impaired is not exactly a flattering word either. In general, people who use sign language prefer to be called deaf, and people who speechread usually prefer to be referred to as hard-of-hearing. When in doubt, ask. The catchall phrase for this entire group is people who are deaf and hard-of-hearing. Just don't say deaf and dumb. Or deaf-mute. Most people who are deaf have the ability to speak; it is just really hard when you don't know what speech sounds like. There are also some people who do have a disability that causes them to be unable to speak, although they can hear. They are usually said to have a communication disability, or less commonly, a speech impairment. Similarly, visually-impaired, though used more often than hearing-impaired, is kind of awkward. Most people refer to themselves as blind, or if the loss of vision is not that severe, they have low-vision.

People who use wheelchairs are exactly that, people who use wheelchairs. Some people say they have limited mobility, are mobility-impaired, or a wheelchair-user. They are not confined to a wheelchair. They are not wheelchair-bound. People who have the inability to move from the waist down have paraplegia. People who are immobilized from the neck down have quadriplegia. Do not refer to them as quads. Some people have had amputations, but it is inappropriate to use the word amputee. Words like quad and amputee focus on the disabilty and dehumanize the person. People who use leg braces or other devices are often referred to in terms of limited mobility. Do not say crippled or gimp unless you want a crutch up your ass.

Lastly, when referring to people who do not have a disability, try to avoid saying normal. Deaf people call us hearing and blind people call us sighted. Most other people with disabilities refer to us as nondisabled. Some of the more radical groups call us TA's or temporarily-abled. They want to remind us that we are all just one car accident away from being disabled ourselves, so not to act so goddamned smug.

(Photo courtesy of www.hawking.org.uk It was taken at Caltech in 2000, where I had the great privilege of meeting him. Hawking has ALS, a neurological disease.)

Language is fluid, and ever-changing. This terminology is as up-to-date as I am. Feel free to jump in if you have anything to add, another personal preference, or information that differs from mine. I am including all of the terms I can think of at the moment, but I may have overlooked some of the communities that I don't interact with on a regular basis.

RETARDED: Mentally retarded is the preferred term for those with significantly subaverage intellectual functioning. Do not use"retard".

And the going gets weirder: