When Worlds Collide - What We Do is Secret Afterparty 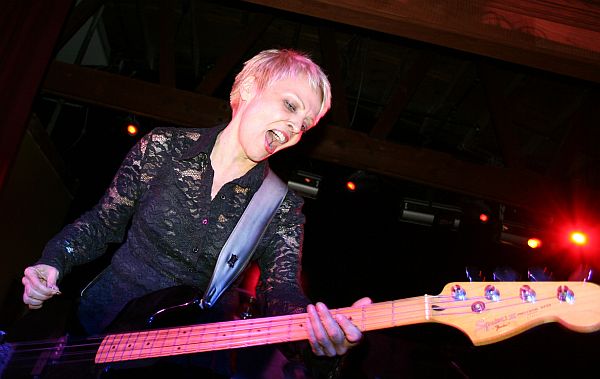 Last night’s afterparty at Element for What We do is Secret was like a study in culture conflict. What We do is Secret is a movie about a punk rock band called the Germs. Punk rock was not just a form of music. It was a form of rebellion. Punk rock was rebelling against the mainstream music industry. So how do you hold a commercial event for something that by its very nature is anti-commercial? Posing and preening and being a part of the industry hoopla goes against everything punk rock stands for. At the same time, we all like free beer. Therein lies the dilemma.

For starters, the DJ at this party was cranking The Police at top volume, which was making everyone immediately walk back outside. Everyone crowded around the velvet ropes while colored spotlights spun around a big empty hall. Don Bolles, the drummer for the Germs, was so outraged by the music at one point that he tried stepping over the velvet ropes in a huff. The heel of his giant platform heel got caught in the rope, and one by one he brought down all of the metal posts. He fell into a heap, tangled in velvet ropes, kicking his big boots in the air like a beetle that had fallen on its back. Finally we just went and got CDs out of the car and made the DJ play them. 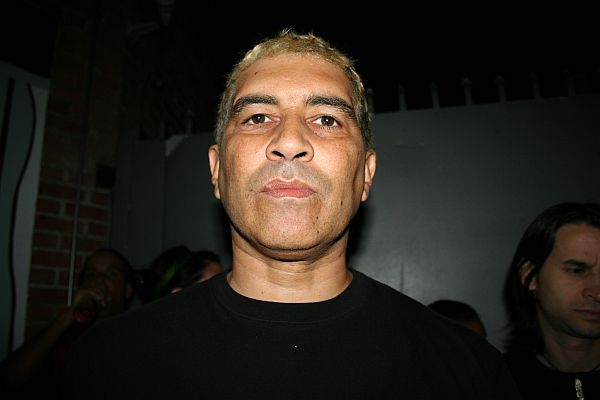 There was a little red carpet, and the professional actors were smiling good-naturedly, turning to pose for each camera. It was kind of like shooting fish in a barrel. The other photographers were giving me the creeps with the way they were talking to the starlets, “Yeah, come on...yeah, right over here..one more for the old man, yeah, just a little hint of a smile.”

The promoters were befuddled by the musicians' total lack of interest in posing. A red carpet is just so not punk. The bouncers were indignant that no one was respecting the red velvet rope. People were running all over the place, paying no heed to the various cordoned-off sections, and almost everyone who showed up was getting put on the list one way or another. 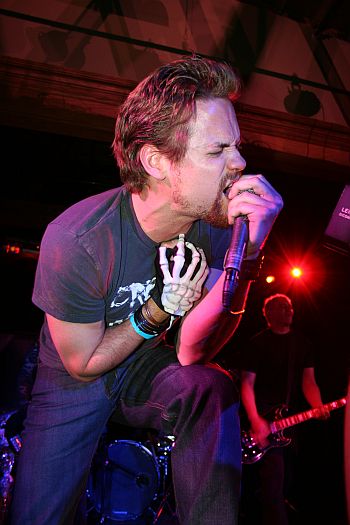 The place was packed by the time The Germs finally took the stage. They have been playing a number of shows lately, but I was still surprised by how tight they were.

It is strange to hear such iconic music played live for the very first time. Weirder still that the music itself is being played by the exact same musicians. The main thing that struck me was how much better they are now. Don Bolles and Pat Smear have been working on their chops for 25 years. They play so much better than the recordings we are all so familiar with. Shane West was the big "X factor".

Was he going to do an impersonation of Darby? Was he going to make it too “Hollywood”? We were all pleasantly surprised. He sings like anyone would in a cover band, not in some creepy “tribute band” style. He has a good stage presence, making lots of great faces and flinging himself around with total abandon.

After the first few songs, the pit was getting hard-core. I have spent most of my life in pits. I have been pushed, stomped, head-butted and punched right in the face. But this time I was definitely afraid of getting crushed. I climbed onstage for safety, and stayed perched at the edge of the stage to avoid the teeming mass. As I was busy taking pictures, I felt a nudge. Then another nudge. There was definitely a toe poking me in the behind. I looked up to see Lorna smiling at me charmingly. She gently kicked me again, still smiling. It was very clear that she didn’t care who I was or what I was doing there. I needed to get my ass off her stage and back into the pit where I belonged. 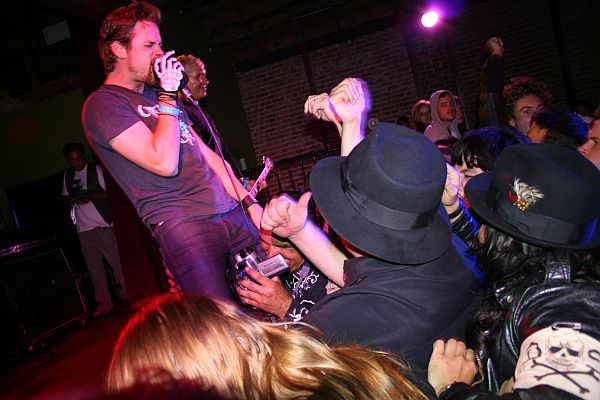 The crowd was getting more and more intense, and the band seemed to be feeding off of the frenzied energy. The crazier it got, the bigger their smiles and the brighter their eyes. Then right when I felt like, maybe it was time to go because it was really getting dangerous, Shane left the stage and climbed right into the center of it all. He casually cruised right into the eye of the storm. In spite of my skepticism, I had to give it up. That was pretty fucking punk rock. But not as punk rock as Don Bolles getting tangled up in the velvet ropes. 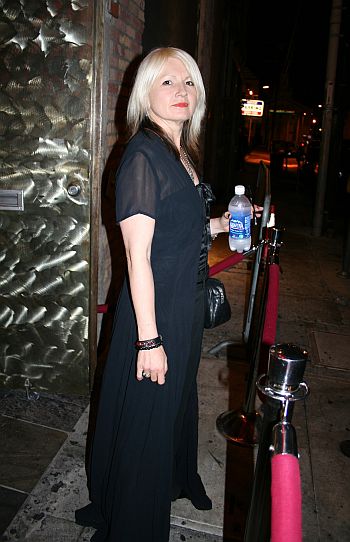 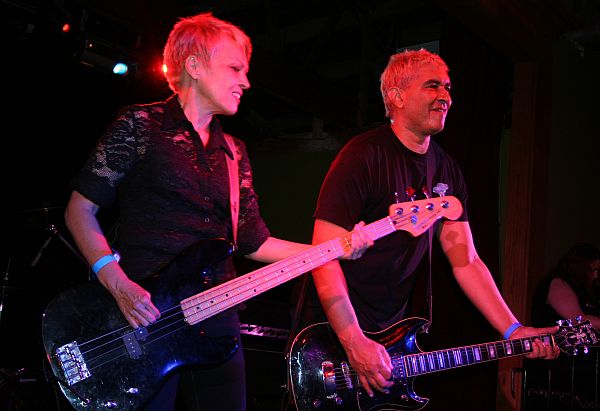 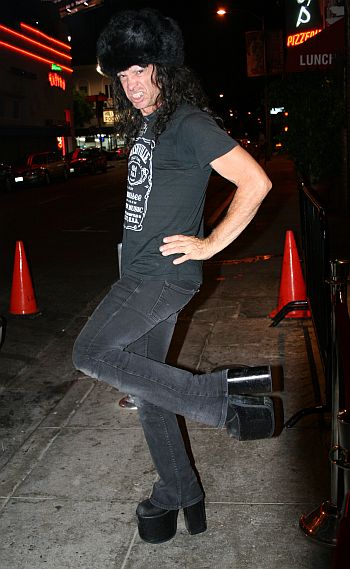 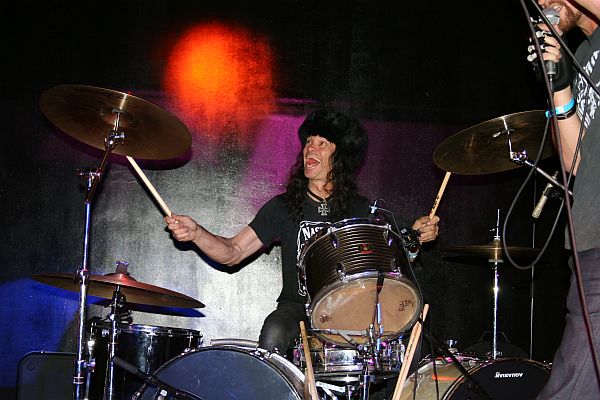 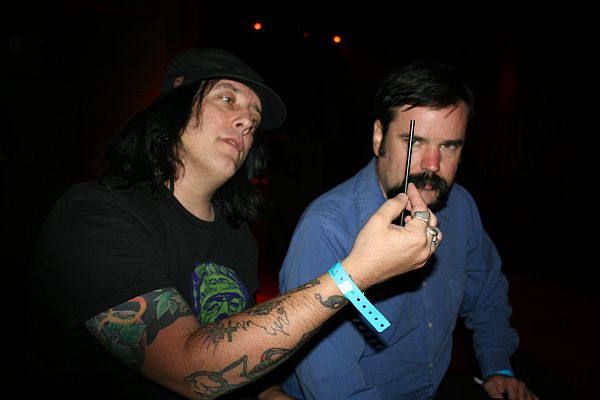