The Apple Developer Keynote Made Me iSleepy 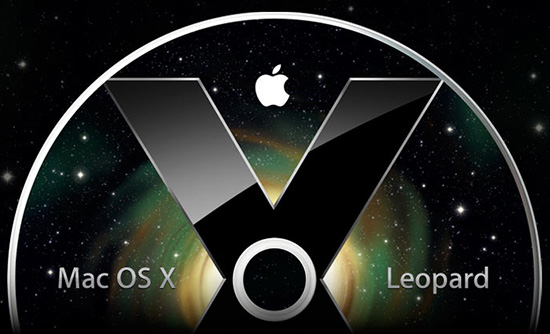 It may come as somewhat of a surprise that I, the vehement Apple fan and humble Macist would ever say anything even remotely negative about my favorite computer — er, sorry "consumer electronics" — company, but here I am saying just that. After much hype, speculation and furor all across the web and beyond, the Apple Worldwide Developer Conference Keynote went off this morning not with the expected bang, but with a whimper. And not a particularly interesting whimper either.

Sure, there were some interesting things about it but those bits of joy were few and far between. Basically, what it amounted to was a big commercial for Apple's upcoming update to OSX called Leopard and some bits about the iPhone and the fact that yes, you can now experience the bliss of using the Safari web browser on your Windows PC. There are some cool ones like Time Machine and the new look for the Desktop but without actually using it I can't get too excited yet. If you're really interested, the full list of the new features Leopard has to offer can be found here.

I have to say I was expecting more. Although, some might argue that I really shouldn't because this event is geared towards software developers and so isn't the place to debut new, exciting updates to Apple's products. Nor is it the proper venue to announce new additions to Apple's ever-expanding line of consumer electronics. That might be true but Apple needs to remember one thing when they decide the content for these keynotes: everyone is watching.

Apple is a trend-setting company whose products have a tremendous appeal and whose influence is felt in many corners of the business and consumer markets. They are not the little company in Cupertino trying to make it anymore. They are a world player to rival the biggest in the industry and they shouldn't waste any opportunity to announce new stuff -- especially stuff people are really waiting to see. So, given all of that, what did I want from the keynote? I'm glad you asked because I made a list:

• Something about an update for Apple's ailing suite of .Mac offerings. The days where getting what amounts to an email account and 1GB of online storage for a hundred bucks a year are drawing to a close. Apple needs to make .Mac more valuable and even better, make it free, for it to compete in today's world where Google gives it all away. Not only that, but now it seems that .Mac was not only overlooked during the keynote, but has disappeared from Apple's website completely. Mmm, I wonder where it's gone? Hopefully it will surface somewhere new and be more fantastic than ever. Google anyone?

• Something about an update for Apple's suite of iApps which include iPhoto, iMovie and iWeb. I like all of these applications but it would be great if they did more -- especially in the case of iWeb. Its pretty good for version 1.0 but it really needs more features and more custom features to remain viable. Of course, there's always the chance that the iApps are also going to appear somewhere else. Maybe they will end up being available the same way .Mac will?

• New hardware. How about an updated iMac in stunning aluminum enclosure or something I really, really want: a 13" MacBook Pro. Surely Apple recognizes the need for a ultra-portable Mac laptop for business people who don't want to lug the 15" MacBook Pro around with them and who won't want to use a MacBook. More than anything, I would really love Apple to come out with this kind of machine. If they do, I'll be ordering one the first second its available. I can't be the only person who wants one of these, can I?

• Tone down the iPhone hype a bit. Sure, the iPhone looks cool and on the surface seems to have a bunch of great features. But seriously, its not the second coming or anything. It's a phone that supposedly does a lot of other stuff still unproven in real-world conditions.

So, while you're flogging the crap out of the iPhone, it might not be a bad idea to remember your loyal user base of Mac computer users. You remember them, right? The ones that kept buying Macs even though everyone in the press was predicting Apple's imminent demise? They kept the company going during the dark times of Amelio and Scully so please try to remember and throw them a bone once in awhile. They deserve your respect and your thanks.

All the hype and attention surrounding the iPhone and its imminent release to a salivating public is one of the reasons I'm counting the days until it finally comes out. Once its finally out there and succeeds massively or falls flat on it shiny, touch screened face, maybe Apple can then get back to doing what it has always done best, make terrific computers that "just work." Until then, if I have to watch any more Keynotes like this I'm gonna need a lot more coffee.