They look like they just won the talent show, and they sound like something your grandmother would have liked. Old timey strings and brass arrangements mashed up with Talking Heads sensibilities mixed with a little something called originality and you begin to scratch the surface of the Arcade Fire.

Playing an equal assortment of new faves from the recently-released Neon Bible to the old hits off 2004's Funeral, the 9-piece band of multi-instrumentalists from Montreal had the crowd on their feet even during the somber tunes.

Lead singer Win Butler beamed inbetween songs and seemed to want to crack jokes with the easily pleased audience who laughed when he ventured into a tricky joke about being careful not to tell the Greek Theatre crowd that they're sure gonna burn this place up tonight.

Simply put, the Arcade Fire demonstrated why they sold out two nights at the Greek and why you should get up that charred hill anyways, tonight, and get a ticket from a scalper (we even found a few for below face value) and even if you have to pay a few bucks more than you planned on, these kids are great, and will probably be the best thing you see and hear all summer.

No offense Sonic Youth, Rage Against the Machine, and The Police. 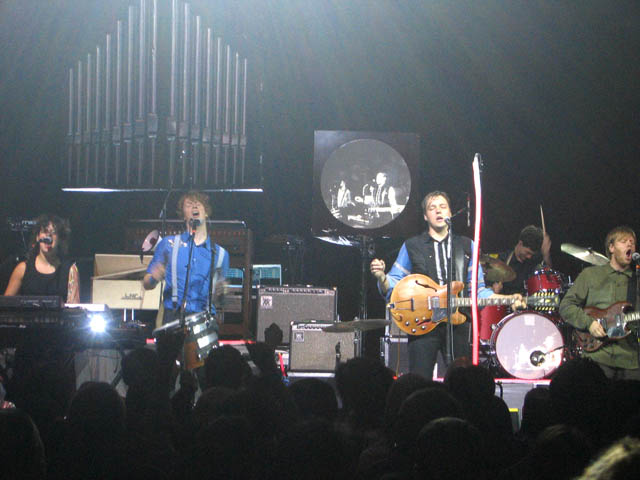 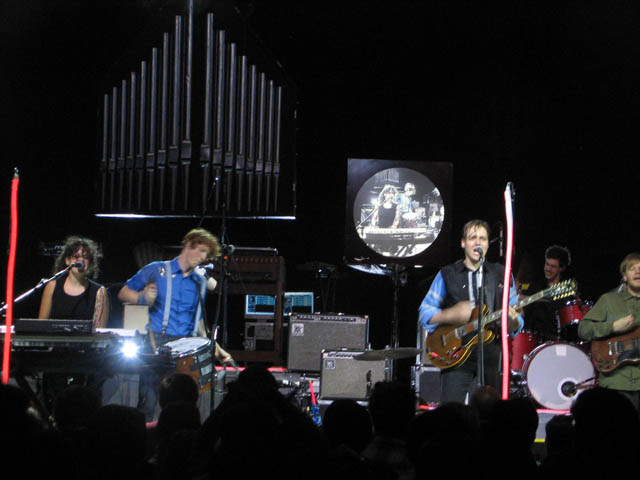 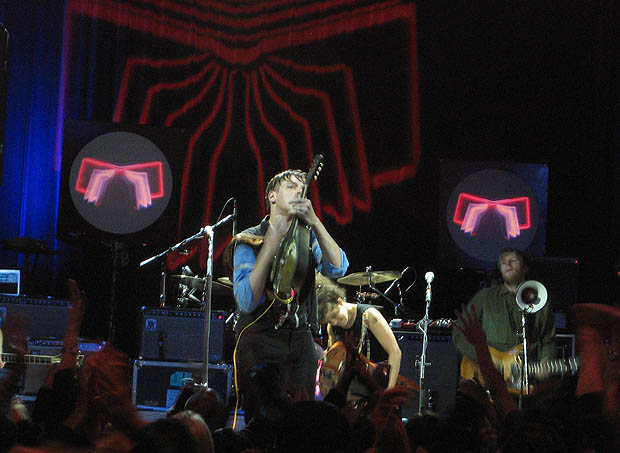 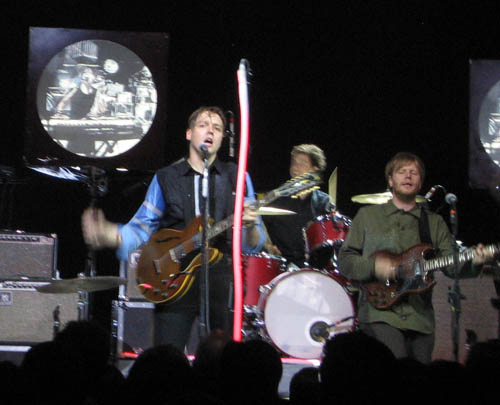 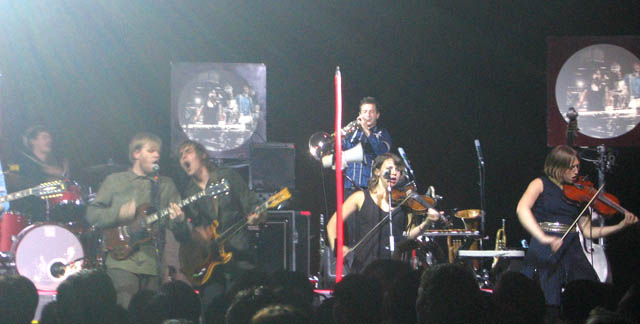 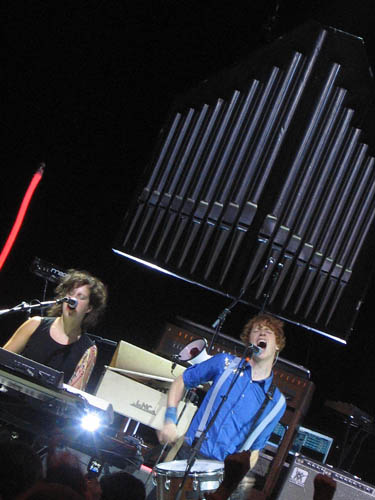 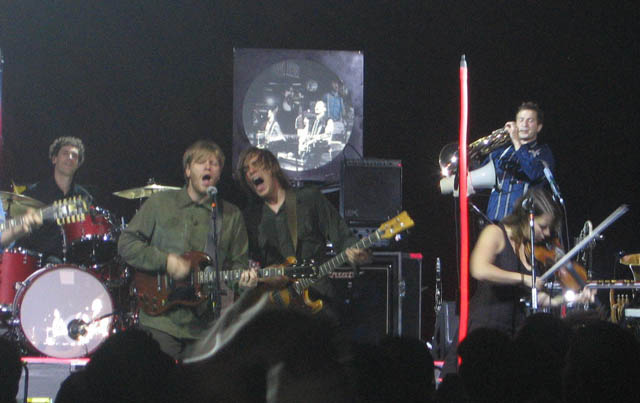 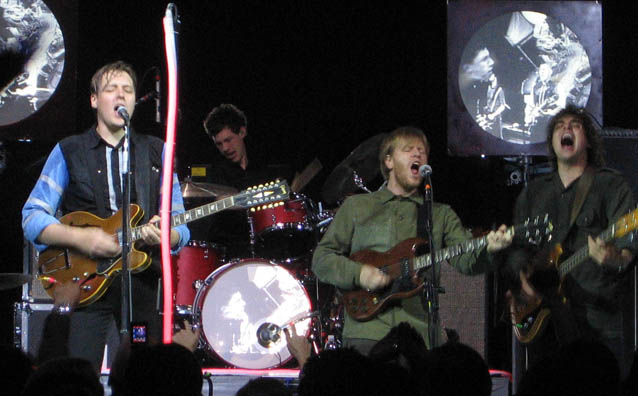 all photos and video by Sonny I. LaVista for LAist