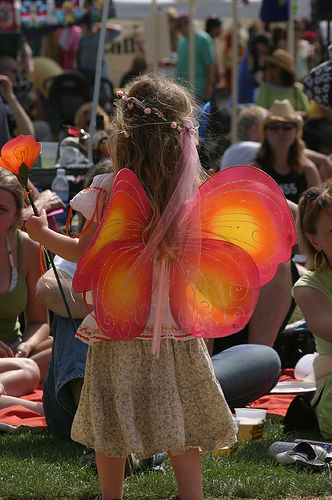 There is no reason to fight traffic to get away this Memorial Day weekend. There is plenty of traffic right here in L.A. Between all of the barbeques and festivals, it’s going to be hard to decide where to go first. Here is a taste of some of the festivals happening around town:

This Hermosa Beach festival is primarily an arts and crafts competition - jewelry making, pottery, and metal work, amongst others. The competing artisans are also selling their wares, so you can buy some of the best handmade jewelry in the country. The festival is located on Hermosa Avenue, just one block from the beach. This means the weather will be perfect, with cool ocean breezes. It also means there will be lots of extremely fit bodies walking around in swimwear. Booths will be hawking tri-tip sandwiches and fish tacos, but I don’t remember the food being particularly memorable. Instead of hitting the booths, I recommend you slip into Cafe Boogaloo, Sangria, or Club Sushi to take a break from the sunshine and enjoy a great meal.

Surrealism will be provided by the dog costume show (Saturday at 2 pm – Main Stage) and an embarrassing wealth of tribute bands (Trip out on Bowie tribute band Space Oddity at 3pm Saturday, The Neil Deal Neil Young Tribute band at 3:30 Sunday or The Undercover Girls on Monday). If that is not enough to blow your mind, slip into Greeko's sandals for some old-school head shop supplies. Parking in Hermosa Beach is always tough. Park up on Valley and walk down Pier Avenue or check the website for shuttles.

(More festivals after the jump) 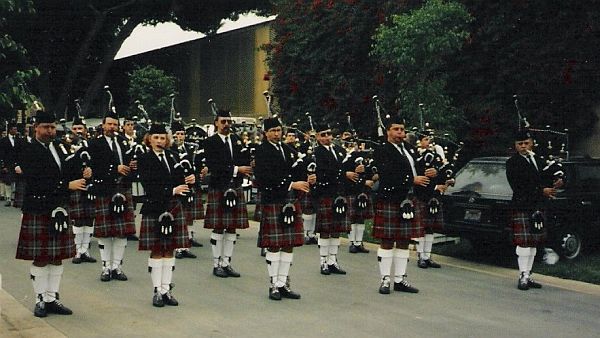 Most people are unfamiliar with Scottish Highland Games. The Highland games are primarily competitions, with a lot of music, shopping and drinking to keep you entertained. You will definitely need a schedule. Obviously bagpipe and drumming competitions are the main feature. You will not be able to avoid them. What is unusual this year is that there will be three Grade 1 bands, the highest level of competition. For many years only Scottish bands were granted Grade 1 status. Then a few Canadian bands started competing in Grade 1, and finally a scant few American bands were granted the honor. So this is going to be like the superbowl of bagpiping. Root for the LA Scots. They are our home team. The end of each day is marked with the Massed Bands, a stirring experience that words cannot fully convey. Every band competing, over 200 pipers and drummers, all come together to play the same songs in unison. It is truly moving.

The second most popular competive event is the highland dancing. One of the most interesting of these is the Sword Dance. The dancer must dance nimbly around a pair crossed swords without ever touching them. Soldiers used this dance as a way to foretell their success before battle. There are also character dances, like the Sailor's Hornpipe and my favorite, the Irish Jig. This dance mimics an angry washerwoman having a tantrum. The dancer stomps around the stage swinging her full green skirt and shaking her fists in the air. This dance is especially adorable when performed by a little girl.

The third competition at the games involves sports. The main attraction here is the Caber Toss, where competitors must throw a telephone pole end-over-end to see who can toss it the furthest. It used to be fun to watch the hammer-throwers spin around until they made them start wearing shorts under their kilts.

Then there is the musical entertainment. Scottish folk music basically has two types of songs, the slow, tragic ballads and the bawdy humorous songs, rife with double-entendre. Joann Gilmartin sings the pretty ballads, and Alex Beaton does more of the jolly, happy-go-lucky stuff. I recommend you try to catch Alastair Fraser’s amazing fiddle-playing and the bagpipe-infused rock of Bad Haggis.

There is a common misconception that Scottish food sucks. This is not true. The little round meat pies kick ass. Just say no to the mushy peas. Bangers are also excellent. There will also be standard hamburgers, but not the variety of food vendors that you see at most festivals. Beer and wine are on sale, but almost anyone with a kilt will be hiding a flask of whisky in his sporran (do not call it a purse). Shopping is great, especially if you like Cadbury chocolate and big knives. Standard imports on sale are British candy, shortbread, lemon curd, silver Celtic jewelry, woolen clothing, miliary paraphernalia and lots of weapons.

Along with the usual vendors, there will be various clan tents with representatives recruiting members. Clans used to be an element of feudal society, where extended families and their septs banded together for survival. Nowadays they are more like clubs. Some of them are stuffy, kind of like Kiwanis clubs, but some of them exist mainly to party. Check and see which clan your last name (or your mother's maiden name) falls under. If it is the MacFarlanes or the Frasers, consider yourself lucky because those guys' parties are raging. Park in the blue lot and enter through the blue entrance. There will be trams.

Simi Valley Cajun Festival May 26 and 27

This festival, run by the Simi Valley Rotary club as a fundraiser, is one of the largest Cajun festivals in the country. But the site is large enough that it never feels overcrowded. The highlight here is the music, with zydeco bands and dancers coming from all over the country. Keep an eye out for Jordan, the hottest stiltwalker in town. The cajun food is guaranteed to be killer. Po’ Boys, heaping plates of crawfish and even alligator. The weather will probably be the hottest of any of the festivals, but there is a large tent for shade. At 4pm both days they have a trippy Mardi Gras parade, followed by a performance by local greats Lisa Haley and the Zydecats. For vendors, watch for Sebastian’s Gourmet Foods. Make sure to pick up some spicy creole mustard. Street parking is relatively easy and you can park across the street at the Metrolink station.

Break out the patchouli and get ready to twirl. The Topanga Days Country Fair covers 12 acres of prime real estate with 15,000 people, an arts and crafts fair, “healing arts”, and some truly intriguing musical acts featuring the likes of Pamela Des Barres. I have never attended this festival, but from the photographs I’ve seen it definitely looks like a good time. Gourmet tamales, Thai food and tofu wraps look to be the order of the day. Pets and large coolers are not allowed, but hula hoops are strongly encouraged. Parking appears to be a big issue, so check the website for shuttle locations.

The festival has a great band lineup, with Veruca Salt headlining “Indie Rock Day” on Saturday. John Doe is the big name on Sunday, “California Country Day.” And The Young Dubliners round out the bill on Sunday, which is “Classic Topanga Favorites Day”.

The Topanga Memorial Day Parade begins at 9am Monday to mark the final day of the festival. It starts at the Town Center and ends at the festival. The theme this year is “Gone to the Dogs” but they are quick to remind you that no actual dogs are allowed.

UCLA JazzReggae Festival May 27 and 28

Sunday catch the Kingston dancehouse reggae of General Degree and the more heavily hip-hop dancehouse of singer and deejay Turbulence.

Good food is bountiful at this festival. Make sure to hunt down the booth for Stone's Jamaican Restaurant. They serve some of the best Jamaican food in Los Angeles, and their tiny take-out restaurant is almost impossible to find. Take advantage of this rare opportunity to try their food. If they have vegetable patties, make sure to get one as it is unlike anything you have ever had. Also head over to Shabazz bakeries for their famous bean pies, and if they have pineapple pies, all the better. If you have issues with the Nation of Islam, work out your karma some other way. Pies, not politics! Parking is tough. Take the shuttle.

UCLA Intramural Field, 555 Westwood Plaza
Noon to 7 p.m. both days.
Admittance is free with a valid UCLA student ID.
One-day pass $30.
Two-day pass $40 (Two-day pass may not be available at the door)

St. Nicholas Church in Northridge will be hosting its three-day fundraiser this weekend. Whenever Greeks are involved, you know there is going to be music, dancing, and some serious eating. Besides the usual spanikopita, they will be serving souvlaki (kabobs), pastitsio, which is a pasta dish similar to lasagna, and all kinds of pastries soaked in an insane amount of honey. There will be vendors selling imported Greek foods and handicrafts. If you thought I was kidding about the intense partying, check out this excerpt from the schedule:

(Photo of Flower Child by Eric Jackson via Flickr. Photo of pipe band by Elise Thompson)