The Knitters at the Getty 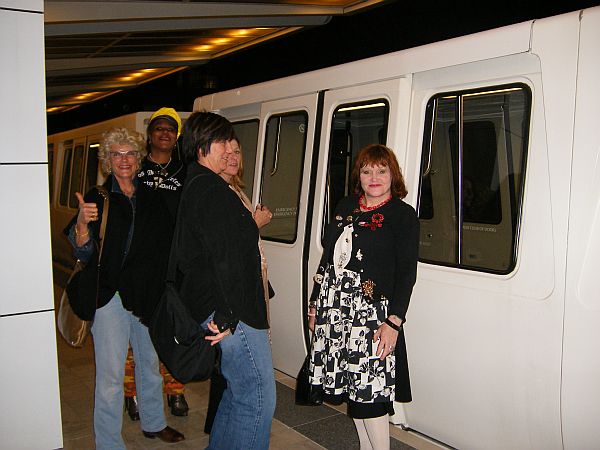 The Knitters, with vocalists John Doe and Exene Cervenka, guitarist Dave Alvin, bassist Johnny Ray Bartel, and drummer D.J. Bonebrake were born as a side project of the quintissential American punk band X....the group named its rockabilly-flavored offshoot the Knitters as an homage to legendary late 1940s folk group the Weavers. In 1985, the Knitters released their first album, Poor Little Critter in the Road, to critical acclaim and are recognized as one of the leading progenitors of the alternative country-punk sound aptly named "cowpunk". Their second album, The Modern Sounds of the Knitters, released twenty years later, in 2005, was considerably more electrified than their first album and continued the development of their boxcar-blues-meets-Sunset strip sound.

- from the Getty Center program

(Read my review after the jump!) 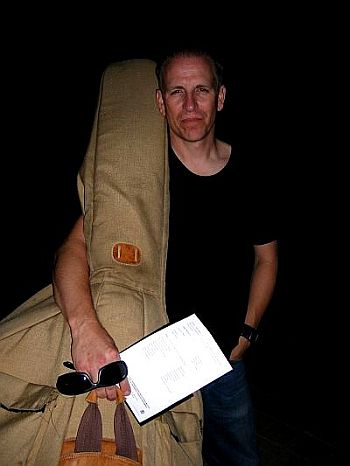 There is no cheaper and no more valuable ticket in town than Friday Nights at the Getty. Entry is free; you just have to call and make a reservation for up to four seats. The trick is getting one of those reservations before they sell out. Luckily for me, author Lori Cadena was on the ball to get reservations for the Knitters last night. Local scenester and chanteuse, Tequila Mockingbird and I met up with Lori and another writer friend at the Getty. Lori demonstrated how you can actually play the walls in the courtyard by thumping on them with the palms of your hands. She explained that the Getty was built with imported Italian travertine, which is a special kind of underwater limestone. The stones’ porousness varies, so each slab plays a different tone.

We were seated one row behind guest of honor, photographer John Humble. His photographs of Los Angeles’ urban landscape had inspired the Getty to request the Knitters’ performance. Their countrified versions of traditional X songs, Burning House of Love, and In This House would later be dedicated to his exhibit. I craned my neck to try to get a good look at him when he was applauded, because I went to grade school with a John Humble. My sixth-grade teacher was fired for dangling him off the second-story balcony by his collar. This John Humble was just far enough away that I couldn’t politely speak to him. Anyways, how do you ask someone, “Are you the kid that the football team ran up the flagpole at Guadalupe?” We were seated in front of solo artist and current Bangles bass player, Abby Travis. I’ve always liked Abby because her voice sounds just like Jodie Foster. She introduced me to musician Dos Tres, and I spent the rest of the night fighting the urge to ask him, “What if you married Suzi Quatro?”

The evening began with John Doe and Dave Alvin alone on the stage. They did two beautiful bluesy ballads, including Silver Wings. I saw them play together in the Flesheaters twice last year, so it was interesting to see them conquer such a different genre. Their performance was so moving that I was a little bit disappointed when the whole gang ran out on stage to join them. I could have listened to an entire night of these two guitar players outshining each other.

It turned out that had no reason to be disappointed at all. The Knitters blew me away. It’s a shame that they are best-known for their novelty song, Poor Little Critter in the Road. They are excellent at Dr. Demento-stylings like The New Call of the Wrecking Ball, which is about someone I can only describe as a recreational chicken-stomper. But The Knitters are at their best when exploring the spooky, ominous side of country. I hate to use the obvious example of Johnny Cash, but “murder ballads” like Cash’s Delia’s Gone, are the best comparison I can make. Maybe Ghost Riders in the Sky comes close. Their recordings tend to sound a little more lighthearted and traditionally bluegrass. Live, the heavy bass sound and train rhythms take them over to the dark side.

The rest of the band, including Jonny Ray Bartel on stand-up bass, and DJ Bonebrake playing a single snare with a washtub for a bass drum, were able to pull off the Country Bear Jamboree vibe they were going for. But Exene, in spite of her Midwestern looks and Grand Ole Opry twang, could not shake the punk rock stage presence. With her furrowed brow and red slash of a mouth, she would occasionally glare straight into the audience, and frankly, scare the shit out of me. Her voice seems tailor-made for the high whine of country, and she and John pulled off the cute back-and-forth patter of country’s conversational duets effortlessly. 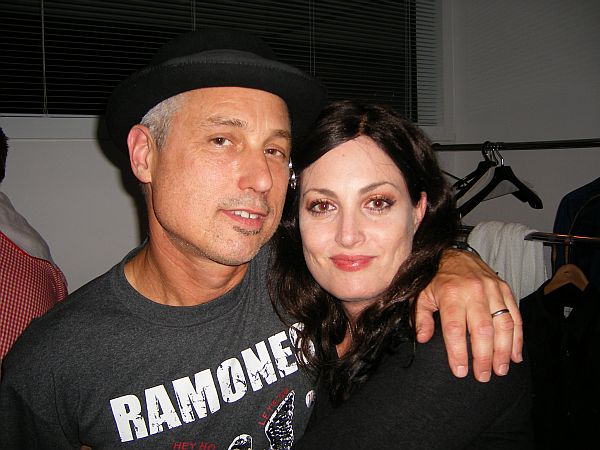 In a touching moment, they dedicated Hand me Down my Walking Cane to Top Jimmy, a fallen bluesman of the Los Angeles scene and good friend to many of the people present. Other memorable covers were Flatt and Scruggs’ Give Me Flowers While I’m Living and Jimmy Driftwood’s Long Chain. The Knitters were able to seamlessly marry punk rock and bluegrass, but their cover of Born to be Wild was a little perplexing.

For a country band, they rocked the hell out of the place. It often seemed like Dave Alvin’s guitar was trying to fly away and it was all he could do just to hang onto it. During X songs like New World, Alvin would play a short lead, then hit one note and just hold out his guitar as the note went on and on. On the other side of the stage, Jonny Ray attacked his bass like he was trying to shake all of the change out of its pockets while DJ coolly lifted his right shoulder and ever-so-slightly grimaced whenever he hit a particular rocking beat.

The sound in the Getty was impressive - clear and crisp, although some people thought it was a little treble-y. The use of vintage amps gave an added dimension to the sound. There was a little less Hee Haw stage patter than usual, and it seemed like the studious environment of the Getty had made everything just a little bit heavier. No one spoke, coughed, or moved from their seats during the entire performance. It was more like the opera. Well, at least for last night, like the Grand Ole Opry. 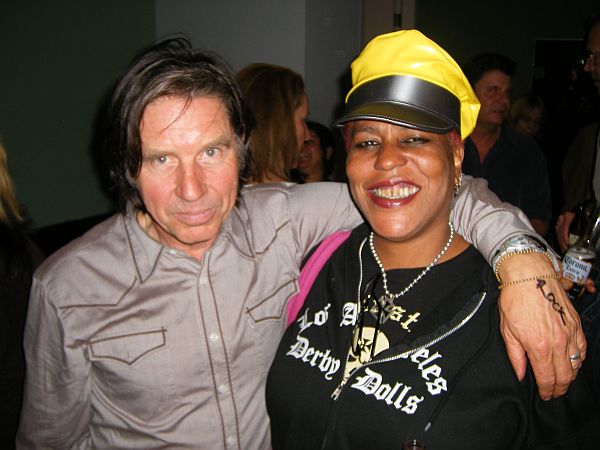