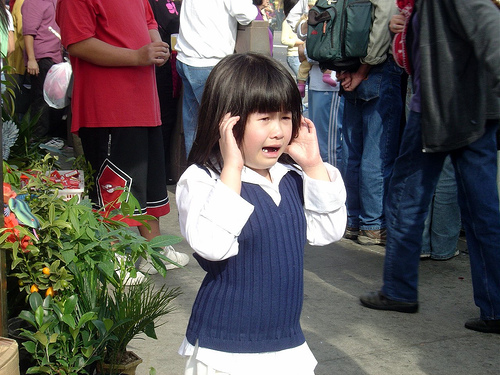 As most people in the blogosphere know, Flickr is a very (very) popular photo sharing site. It contains over half a BILLION images taken by people from every corner of the earth, and has become a meeting place for professional photographers, photo enthusiasts, and people who just want to share photos of their cats and kids.

Unfortunately, Flickr seems to be getting a bit carried away with their censorship powers. One of Flickr's most popular (and fabulous) photographers Rebekka recently had an experience where her photos were stolen and people were selling them to make a (rather large) profit. She posted her dismay on her Flickr page, and it 100,000 views later it was deleted without warning. You can hear her personal account of this story here. This was infuriating, to say the least, though they did at least admit their wrongs.

But now, Flickr, you have upset Malingering. And Malingering isn't as nice as Rebekka, and she doesn't take photos like Rebekka, and she's much more bitter when she gets screwed over. So Malingering gets home from work yesterday to find that her photos have been deemed unsafe. Including ones like this: 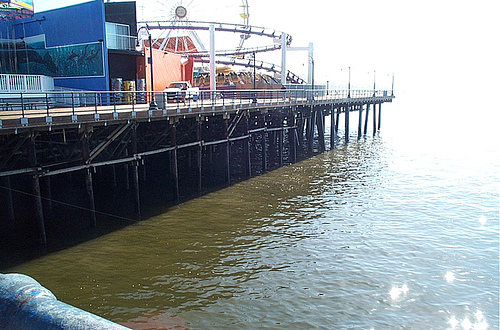 Yes, go ahead. Try to look at it on Flickr. It will tell you this image is unsafe and not for public view.

So Malingering emailed Flickr. Four times. Asking nicely and politely for review of her account as she does not feel that her images fit into the category of unsafe/restricted, which is described as:

An "unsafe" account is something we think of as a loose cannon. It's not clear to us that you're moderating your own content at all, or if you are, you're not bearing in mind that there are other people using Flickr and that it's up to you to not be overtly offensive.

Well, yes, I am a loose cannon, but I certainly moderate my content. I even block the people who leave comments along the lines of "wow, I'd really like to put my __adj.__, __adj.__ _noun_ into her __adj.__ __noun__" because it offends people and kitty cats and such and doesn't contribute all that much to the discussion. 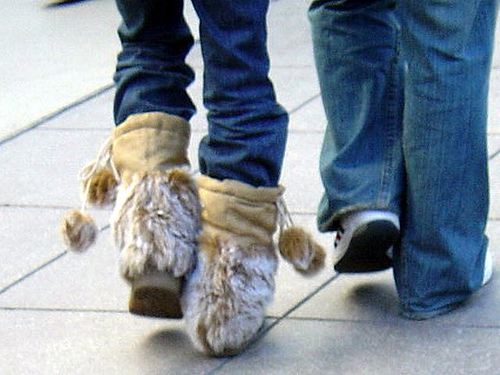 Another photo not visible to the public. Maybe PETA works for Flickr and they're trying to save the bunnies. Or maybe we cannot put up photos of shoes because they could be smelly and offensive to our mums.

So I asked Flickr (repeatedly) what they found so offensive. I asked for examples or guidelines. This is what they said:

Oh, in case you were wondering, this is the criteria for "restricted."


Restricted - This is content you probably wouldn't show to your mum, and definitely shouldn't be seen by kids.

I protested, again. This time my photostream itself was determined to be "safe," but several hundred photos have the following message on them and are not visible to the public, nor do they appear in searches.

This image was moderated as RESTRICTED, PHOTO by Flickr Staff.

This means that without a Flickr account you cannot see the photos, and even if you have a Flickr account, the thumbnail is all snowy until you decide that you will break the "safe" barrier and click into "unsafe" territory to see what is behind the black pixels. It could be a photo of my cat. Or it could be hardcore back door porn. At the top of the screen it says "if you've changed your mind about wanting to see this content, you can ESCAPE." Then there is a button that says "take me to the kittens" and you click and you get a bunch of photos of cats. Unfortunately, this banner is above all of my photos, even then ones of, well, my cats. Oh the irony. 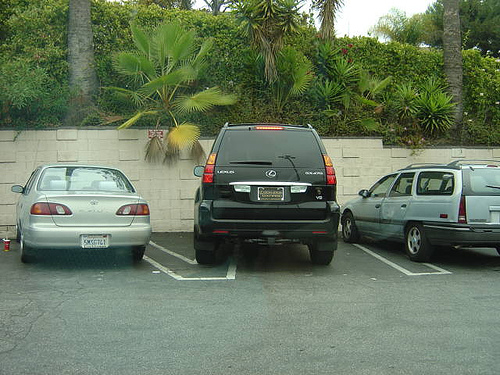 While I wouldn't necessarily condone this behavior and it can be rather offensive, I think it's okay for kids to see, as long as when they see it Mommy and Daddy say, "this, son, is the work of a jackass." 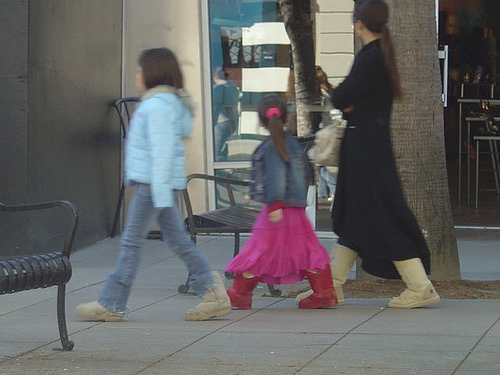 Families shopping together are obscene! 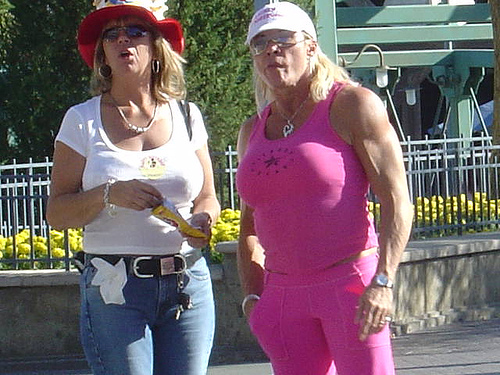 This "woman" was at Disneyland. I hope none of the kids saw her. 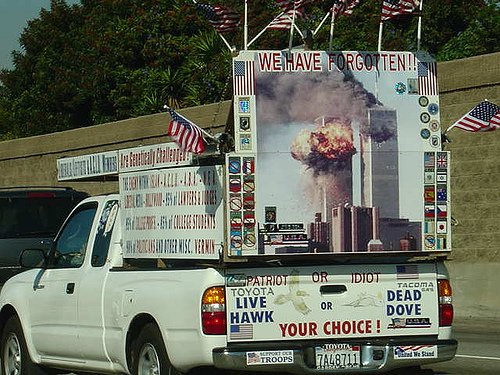 This car here was driving down the freeway. If Flickr is going to start censoring political messages randomly observed out in public, well, I don't even want to go there.

Well, after several appeals to Flickr, I'm not sure what to do. Apparently my account has been reviewed and this is what I'm left with, and I feel very certain this has happened many other Flickr users as well (a few have emailed me to sympathize). I am considering asking for a refund of my $48 membership fee. I would also encourage people to explore the rules and regulations and terms of service of various photosharing sites before uploading 11,000 photos only to find them censored a year later. There are a number of sites other than Flickr which may or may not be as censor-happy and it may save you a great deal of time and money should you ever find yourself deemed "unsafe" as my little kitty cats were (see below). 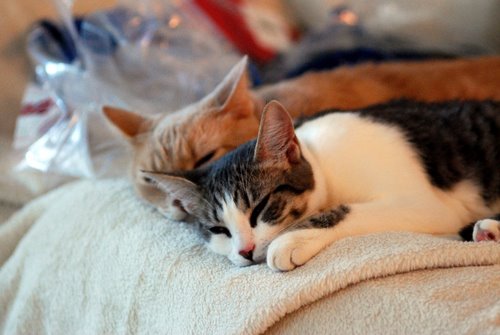 Then again, maybe Flickr just finds images of Los Angeles to unsafe and offensive. With our boots and boobs and oceans and highlighted hair and multi-ethnic cuisines and wild concerts and hoards of actors and crazy pets, maybe we really should be quarantined off from the rest of the world.

Update: the excellent San Francisco photographer Thomas Hawk is also being censored by the Yahoos so maybe it's not just an LA thing.

All photos by Malingering, shield your eyes.

I've gone through and remoderated your photostream as safe
(except for those that you've moderated yourself).

We owe you an explanation. It seems that your photostream
attracts quite a bit of attention from the community, and
when this happens you turn up for review by staff again and
again. I'm afraid when this happens, we start feeling
compelled to "do something". In your case, it was clearly
the wrong thing.

As you rightly point out, the photos have been taken in
public. We've taken steps to prevent your account being
marked restricted for this type of content again.

If you have any questions or concerns, please feel free to
respond to this email, and I'll do my best to address them.

Well, interesting. People complain about me, so they try to hide me from public view and, what, hope I don't notice? Flickr is apparently going with the guilty until proven innocent philosophy. I don't know how long this will hold up.