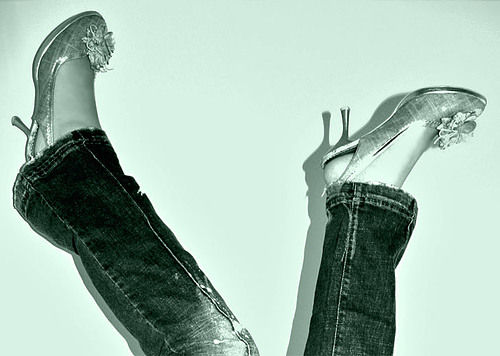 So after my last debacle of a date, I decided to cool my power Jdating down a little. I was way too tired, confused, and bloated from all of the mid-week drinking to go out on another blind date right away.

I'm still getting Jdate emails everyday- most are normal guys just saying hi. But there are other more interesting ones, like the forty-two year old real estate developer in Riverside who emails me at least once a week and offers to be my sugar daddy. Its a nice offer, but I haven't gotten back to him yet.

Another favorite is the guy who has (without giving too much away) the words "spirit" and "mystical" in his Jdate screename. His profile says he is "one with nature" and wants to find someone with the same passion for the outdoors as he has. I'm not sure why he keeps emailing me- there is nothing in my profile to suggest that I am one with Mother Earth- I think I should write him back and tell him that while he communes with nature, I commune with Happy Hours and reality televsion.

Here's the ironic news: while on my week long Jdate hiatus, I met a non-Jdate guy. I met him at a party months ago, and the next day we became Myspace friends. Lame, I know. Last week he sent me a message- "How do I know you? Why are you one of my myspace friends?" So I reminded him of our drunken run-in at a party in the Fall....and we got to emailing...and then talking....and then we went out on Saturday. And then on Sunday. And hung out on Tuesday, and then again last night. And tonight we're going out, and tomorrow is his birthday so he wants me to go out to celebrate.

Intense would be the right word.

I'm still talking to guys on Jdate, but why go on an awkward blind date when there is a real live guy who is super into me, that I like, who wants my company? I'd rather do that. Wouldn't anyone?

Its not all rainbows and kittens yet though- we've only known each other a week. He likes rap and R&B and I like Indie rock. He likes action movies like Die Hard and I like films like Shopgirl. He's a producer for sports television and I don't think I've ever watched a game for more than ten minutes. No, five minutes. Last time he read an entire book was in college, I have seven stacks of books next to my bed cause I can't fit them all on my shelves. He's also over two years younger. But so far none of it really matters- I guess its just a pheremone thing. Something about it feels good and right, so instead of worrying and over analyzinig it like this Jewish girl normally does, I'm just going to try to enjoy being adored.

Wait, did I say he's Jewish? He is. But I'd like him no matter what.

So as it stands right now I'm going to keep hanging out with Sports Guy lets call him, and keep my Jdate options open. Bachelor #3 keeps trying to nail down a time and place, so I think it will be this weekend. Stay tuned, maybe a love triangle will emerge....