The Politics of Restaurant Photography 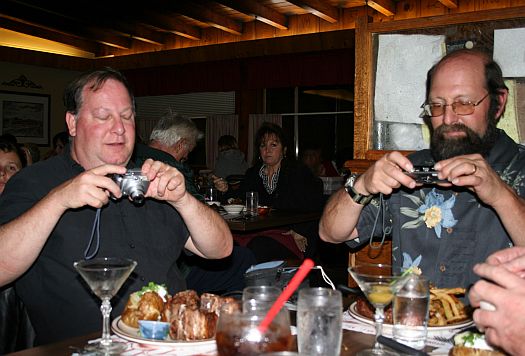 My name is Elise and I take pictures of food. There, admitting the problem is the first step towards recovery. I know my hobby borders on the peculiar, if not the insane. I was recently snapping a few shots of a take-out carton behind a bar. The drunken regulars pointed and laughed, “Har, har! That girl just took a picture of a SANDWICH!” I am certain that’s what will be engraved on my gravestone. “She took pictures of sandwiches.” Even in the most obscure little restaurant in Monterey Park, my Mandarin-speaking friend interpreted the dining-room chatter for me, “They think you are funny because you are taking pictures of your food.” So that sentiment crosses all cultural and linguistic boundaries.

My husband and long-suffering friends have learned that dining out with me means waiting patiently to eat their food until after I have photographed it. In my defense, I try to do it quickly, and I photograph their food before I photograph mine so they can eat it while it’s hot. They obligingly turn their plates 180-degrees and hold out their sandwiches enticingly towards the camera. They joke about spotting their hands in some of the photos I publish. But I do have rules, and try to respect people’s boundaries. I don’t take anyone’s picture without their permission. 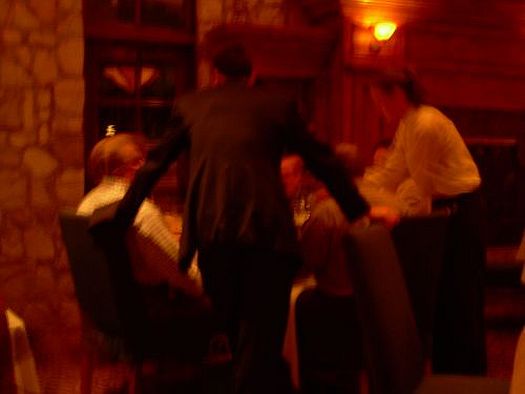 When I get a shot of a restaurant exterior, I make sure to wait until all of the passers-by have finished passing by. If I want to get an interior shot, I also try to shoot an empty part of the restaurant, and I try to do it subtly. If I can’t avoid getting people in the picture, I do have a few tricks to respect their anonymity. I intentionally blur the picture by shooting in low-light without a flash. I take picture’s of people’s backs, or take the picture from a low angle. If I do get a stranger in a shot, I show them the picture and ask for their permission to put it on my blog. And there is even a certain kind of person who will call me over and ask me to take their picture, even as I am intently re-arranging my bread basket. I could have an entire exhibit of “Friendly Strangers Posing for Me.” 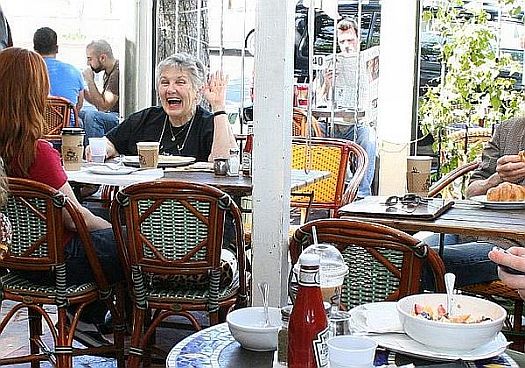 I think it’s important to take these pictures. Capturing the ambiance of a restaurant can sometimes be as important to a review as the food. Bakery cases, cheese carts, and window displays are what I call “Gourmet magazine shots”. It’s like taking a shot of the pizza guy tossing the pizza, it’s almost too common. But I usually consider shots of inanimate objects to be pretty noninvasive. Those items are intentionally on display. I look at it like rock stars. I would never take a picture of someone in their dressing room, or at the bar, without their permission. But one you are onstage, you are fair game. And once that chicken jumps on my plate, it’s mine. 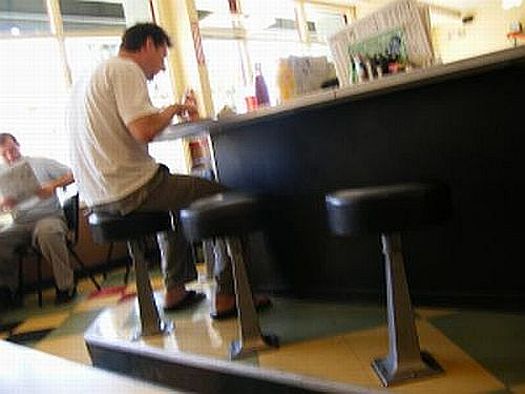 I usually ask the restaurant’s permission before I take any pictures inside, and the staff will sometimes even offer to pose for me. The only time I don’t ask for permission is when I can’t get anyone’s attention because they are too busy. But some restaurants are starting to take a dim view of this practice. The recent proliferation of blogs and amateur reviews has been making some restaurants nervous. A few food-related forums have recently posted threads about new photography bans in restaurants. I can understand this kind of thing from several points-of-view. Not everyone respects other diners’ anonymity. Plus, someone snapping away with a flashbulb can get pretty distracting when you are trying to enjoy your meal. Of course, so can crying babies, loud drunks, and overly-friendly pets, but that is someone else’s battle to wage. Another argument I have heard is that restauranteurs are concerned that bad photographers may not show their food in the best light. Considering the elaborate food styling in most advertising, maybe some candid photography is only fair. I personally feel that a restaurant shouldn’t serve something that they would not be proud to have photographed. After all, I can always take it home and photograph it in all kinds of compromising positions. How would they like to see that duck ala orange all over the net dressed in a leopard print teddy and garters?

My obsession has begun to backfire. Now, it is as if my friends think it is impossible for me to eat anything at all before it has been documented. They insist I take pictures of relish trays, cute little creamers, and bowls of complimentary Jell-o. I have made my bed of crazy, and now I have to lie in it. 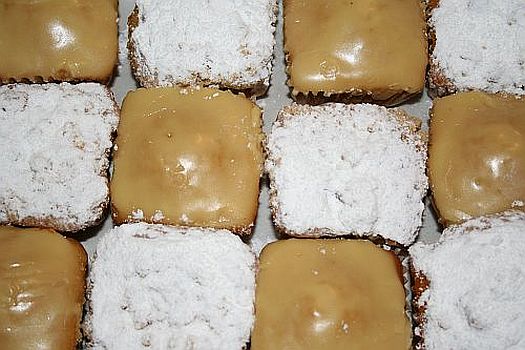 (All pictures taken lovingly, if somewhat obsessively by Elise Thompson)