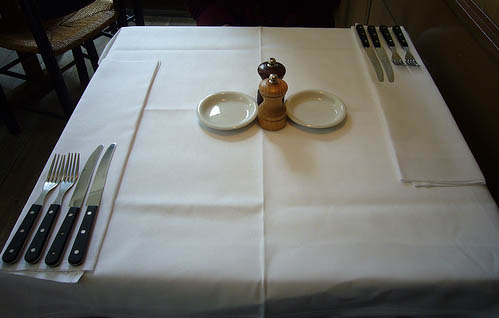 For at least one major Hollywood hotspot last night, it was all smoke and no fire. And ironically enough, that molten mecca rockstar restaurant wanna-be of radness is named “Charcoal”.

El Ocho de Mayo marked the much bally-hooed opening of the latest Place to be Scene, in the bare-ass belly of the underused ArcLight Cinema Center, a location screaming of great late-night possibilities.

If you’re still wondering what the hell kind of place “Charcoal” is, well, so am I. Yes, it’s supposed to be a restaurant and bar. And also sorta a club / sexy after-movie deal-closer locale...

Uhhh... okay, look – if you’re gonna bill yourself first and foremost as a restaurant, then it’s probably not such a great idea to COMPLETELY RUN OUT OF FOOD before the party even gets started!

The “official” word was that the Joyous Invite-Only Party Celebrating the Official Opening of “Charcoal” was kicking off at 10:00p.m. And everybody knows you don’t show up early for anything in Hollywood – God forbid you expose yourself as the insecure geek you really are! So, of course, I got there at 9:20 p.m. and just barely got in by the skin of my...well, shamelessly exposed flesh – jeez!

But I had nothing to fear because the place was already jam-packed to the rafters! Squeezing through the sooper-packed mega-wattage Holly-would-do-anything-for-a-photo-op-yes-I’m-an-actor-slash-musician crowd, I found some people willing to acknowledge my existence, and was promptly informed that the kitchen had completely run out of EVERYTHING edible.

Fortunately, enough people realize that alcohol is actually one of the four food groups, so at least the open bar did remain open all night long - otherwise I honestly might have perished. Or worse yet, been forced to run across the street to Jack in the Box (sans JD!) for some take out - ack, the irony!!!!!!!

But wait, it gets better. At around 11:30p.m. there suddenly became available one of my favorite things ever: deliciously crunchy-yet-still-juicy, perfectly cooked strips of BACON! I kid you not!

At least for us ravenously unrepentant carnivores jacked-up on Jim Beam and Stoli, (etc.) it served as a marginally decent compromise to not having been served giant smoking plates of perfectly grilled Meat-Stuffs, heralded by exquisite amuse-bouches...all for FREE, as the invite promised!

So, all that being said, basically, here's the scoop on Hollywood's latest big-deal-whatever-ya-call-it thingy: Great location, cool-n'-sultry-sexy-hot atmosphere, "cutting-edge" deejay/music stuff, lots of TeeVee cameras at the opening, reporters and lights (to make you feel like a celebrity even though none of us really are...) and great bar staffed by VERY cool and competent people, (they graciously & efficiently handled a massive crush of pissed-off hungry drunkards just like me, all while under the crazy-ass hawk eye of their boss who sat right there in front of them for the entire evening!!)

What was I expecting in the way of food?

I'll put it this way: "Charcoal" is being brought to you by the very same peeps who have stoked your world with fabulous forums of fried, fricassed and filleted flesh, in trendy joints as "Geisha House", "The Lodge", all of your friendly neighborhood "Gaucho Grills", among others. So it should be pretty tasty.

If it ever arrives.

Carry on Los Angelenos - it's all good, as long as the whiskey don't run out.