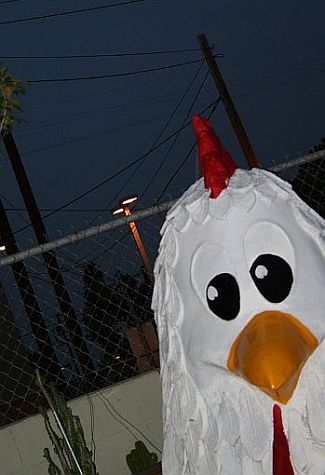 Chicken Boy, who once stood proudly atop the Chicken Boy restaurant in downtown LA, may finally have found a permanent home. Measuring around 22 feet tall, this statue is impressive not only for its height, but because it is a statue of a man with the head of a chicken. Or a chicken with the body of a man. I’m not sure which is better. Plus, he cannibalistically holds a bucket of chicken parts. He appears to have been created by Steve Dashew’s International Fiberglass Company, creators of the legendary “muffler man” statues. You may have seen the golfing muffler man that watches over the 405 freeway just south of the 110 split. Chicken Boy is like the muffler man's cousin. The chicken-headed cousin that the family would prefer not to discuss.

Chicken Boy was rescued by Amy Inouye in 1984 after the restaurant closed down and he was threatened by impending construction. She was surprised to discover that local museums were not interested in housing this historic monument. So she held on to him, year after year, until he became a defining element in her life, as well as the mascot of her burgeoning catalog business. She resigned herself to being known forever as Chicken Boy’s “mom”. 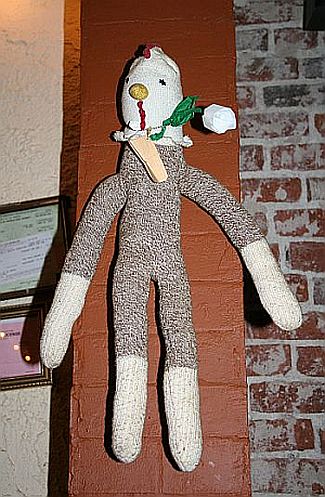 I happened to “stumble across” the disassembled form of Chicken Boy lying in repose in a back alley off of Figueroa. I also just happened to catch a few pictures of the elusive Chicken Boy by standing on my tippy-toes and holding the camera above the locked gates like a crazed paparazzo. The gallery was closed for the night, so I was unable to speak with Chicken Boy's mom, or buy a Chicken Monkey. But is is with great anticipation that I await the proud erection of Chicken Boy. 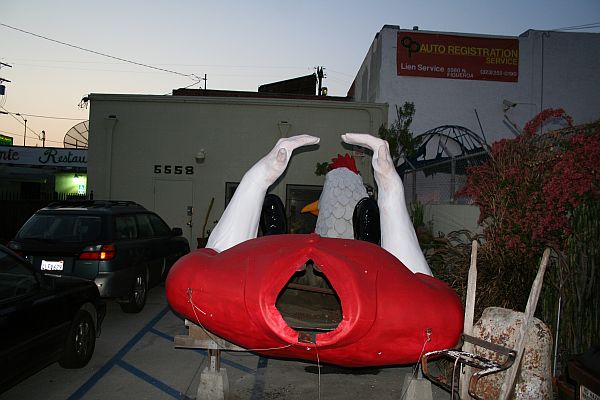 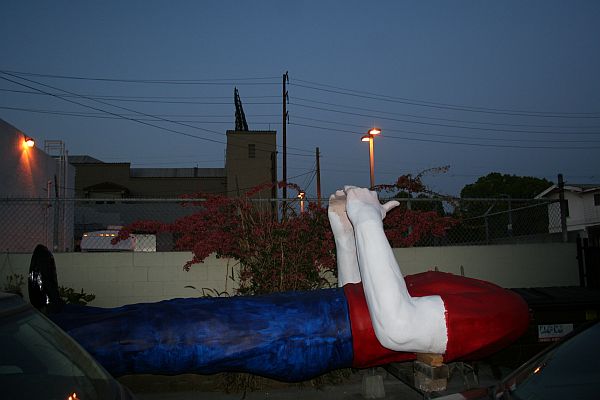 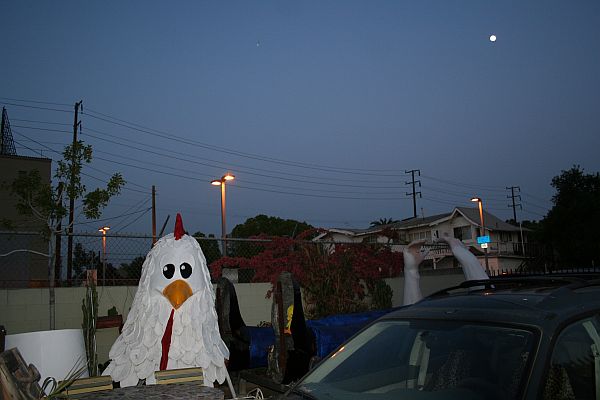