Be There or be a Poseur! 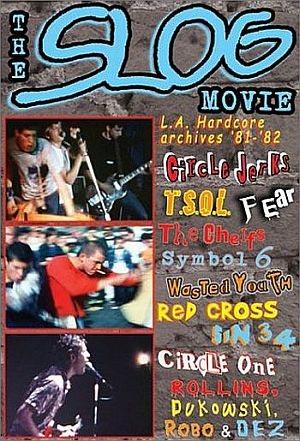 Have a beer with Fear! Slam at the Cuckoo’s Nest! Grab an Oki Dog with Pat Smear!

The Slog movie isn’t an outsider’s documentary of punk rock as a movement. It isn’t a bunch of grainy, archived clips edited into interviews with punk rock legends reminiscing about the Masque. When you are watching the Slog movie, you are literally looking through the eyes of Dave Markey, teenage punker - seeing everything he saw, and hearing everything he heard. Markey came of age in the 80s, along with LA’s hardcore punk scene. He played drums in Sin 34, and co-founded fanzine and record label “We Got Power!” with Jordan Schwartz.

The movie was shot on Super-8 over a period of two years, 1981 and 1982. It includes early live footage of the Circle Jerks, Redd Kross, and Circle One, among countless other Los Angeles punk bands.

The Slog Movie is the world of punk rock as seen by Dave Markey, as he lived it. The film jumps between slampits, tour footage, trips to McDonalds, watching TV, and just wandering around the neighborhood. Dave Markey’s channel-flipping editing style predates and predicts the quick-cut sensibility of “Natural Born Killers”. 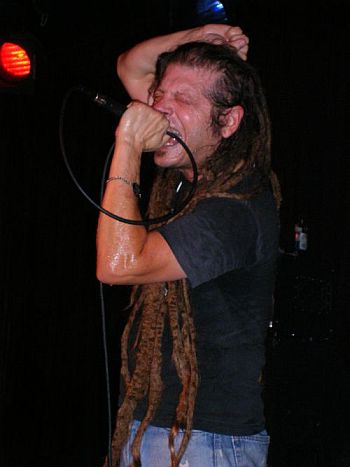 Afterwards, slam the night away with the newly reunited Circle Jerks. This isn’t some lounge-y version of “When the Shit Hits the Fan.” The Circle Jerks do not phone anything in. Keith will rock your ass off until he collapses. This is a show that is not to be missed. The Musicfest at the Echoplex with Circle Jerks and 400 Blows.

The Silver lake Film Fest requires the purchase of a separate ticket for “Opening Night” in order to attend the Circle Jerks show. Keith Morris will be presented with the Music Visionary Award at the event.

There is a “MusicFest One Day Pass” available for 20 dollars or a "MusicFest Pass” which is good for the entire festival for 300 dollars (Passes are 150. for "industry"). The MusicFest pass appears to include both events.

Access to festival lounge, MusicFest live music events, Music docs and mocks program and whatever else happens on that day! Note to all Festival, MusicFest and Panels Pass badge holders, including Filmmakers, the Press and Industry VIPS: Tickets are available on a first-come, first-serve basis. Pass holders can obtain tickets at the venue where each event takes place starting 30 minutes before the presentation. The one day pass is available for one day of the festival. Passes must be picked up at our Central Box Office, located at 4475 Sunset Drive (intersection of Sunset Blvd & Hillhurst Ave, next to the Vista Theater) Mon-Fri, 5-10pm and Sat-Sun, 2-10pm.