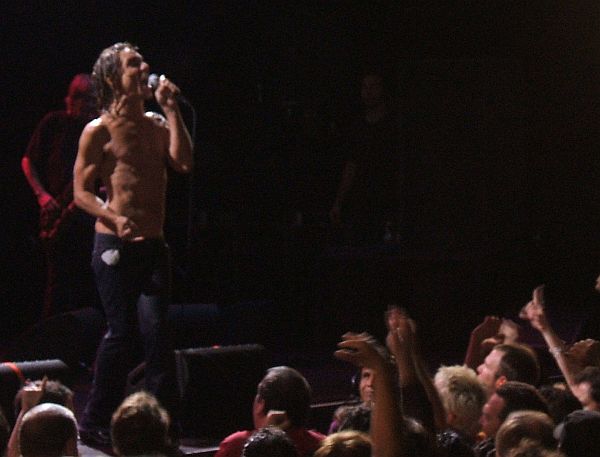 Last night we managed to get in to see Iggy and the Stooges rock the Wiltern. We are very grateful to a certain bass player for this, because the tickets sold out in like a minute. The Wiltern is still gorgeous, but it is really weird the way they took out all of the seats downstairs. They have plenty of bars and bartenders, clean bathrooms, and security that is efficient without being gorillas. The only thing that sucked is that they have a "no professional camera" policy. I have a Rebel XT that I had to leave in the car, leaving me with only a dinky little camera. So I have to apologize for the picture quality here. Oh, and they also take your gum.

Everyone was just waiting for the main feature, so the opening bands did not get the attention they deserved. The middlin' band, Sistas in the Pit, is one of bass player Mike Watt's favorite bands. I can see why he digs these three chicks rocking their hearts out with a funky bass vibe.

The Stooges opened with "Loose". Iggy did not screw around. He jumped right into the pit in a full-on swan dive. Then a few minutes later, he did it again, totally freaking out security. He is fearless with his audience. The band only played songs from their first two albums and from their new album, "The Weirdness". TV Eye, 1970 and Funhouse were fist-pumping crowd favorites. It was great to see Steve McKay, the sax player from Funhouse playing with the Stooges. Along with the Ashetons and Mike Watt, Steve helps make a very tight and authentic lineup. 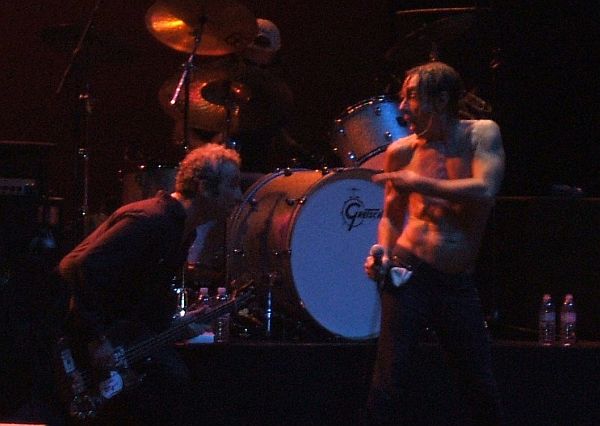 During "Real Cool Time" Iggy yelled, "This is Myspace, and I want some FRIENDS!!!" He encouraged people to jump onstage with him. Security went nuts trying to stop people from swarming up from the back of the theater. Only the people who had paid big money for the orchestra pit got onstage. It was chaos, with a big crowd of people jumping around onstage for that entire song, as well as for "No Fun." Iggy let people hug him and paw at him - he is completely unflappable. He climbed up on the stacks and did his usual jumps and contortions throughout the set as if he were still in his 20s. 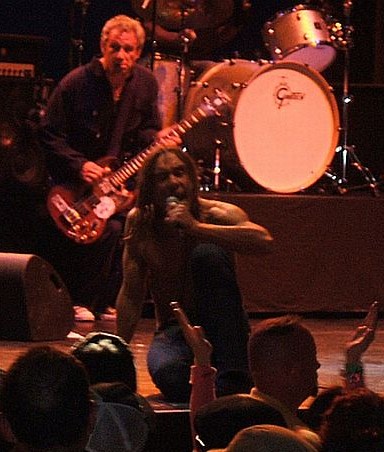 After watching an encore of 1969 and a few new songs, we stood in a little line for the after-party. I was in the front of the line with Watt's drummer from The Black Gang, Bob Lee. Dave Markey (1991: The Year Punk Broke) came up, so I walked over to talk to him about his new movie, a documentary about the movie star impersonators on Hollywood Boulevard. I also ran across Henry Rollins and the drummer from Motorhead there.

When I got back to the line, some blonde chick with a big crazy hat had jumped in front of Bob and taken my place in line. I said to her, "What, are you Riff Randall?"

She asked, "Who's Riff Randall?"

"From Rock-and-Roll High School, the one who just has to be first in line?"

She said, "You walked away."

I decided to let it go. Later I asked Bob, "Is that girl famous?" He said, "That was Inger Lorre from the Nymphs. She's famous for urinating on her A&R man's desk." 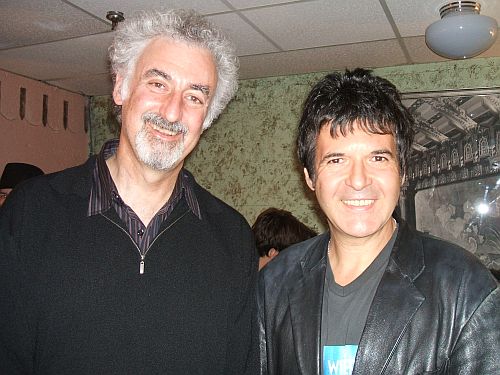 Backstage I noticed Clem Burke from Blondie looking exactly like he did 30 years ago. He is like the new wave Dick Clark. He said it's all about the hair.

Then I saw someone I knew, and waved at him enthusiastically, and he waved at me, and then I realized I didn't actually know him. It was Jack Black. I said, "That must get annoying, people thinking they know you and you don't know them at all."

He said, "Not really. Sometimes." It was left open as to whether that sometimes was now and there was an awkward silence.

Then Bob said, "Remember when we did Pink Floyd's The Wall together? I'm the guy who shaved my eyebrows." Then we discussed their uncanny resemblance, and took pics to prove that they are not actually the same person. Unfortunately we did not have Ron Asheton handy to be in the photo as well. 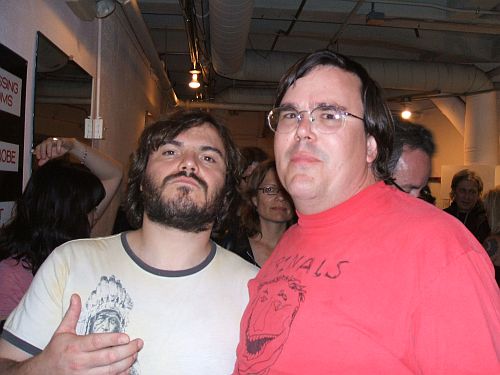 One more pic, Iggy with the crowd onstage, by special request: 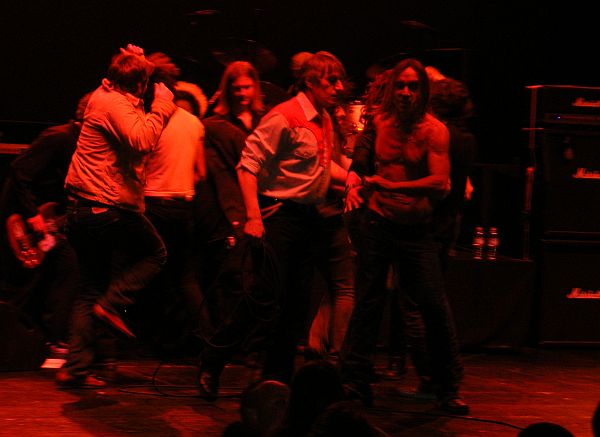 All photos by me.