Ask the MACist — Getting an AppleTV? 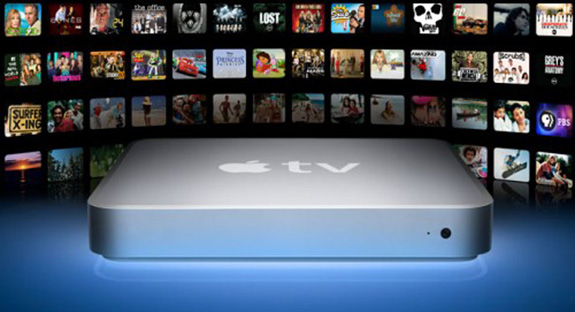 Welcome to the latest edition of "Ask the MACist", the column where I answer your Macintosh and other technology questions. Our question this week comes from Jeff in Santa Monica. He asks: "Ok, I'm tempted to get an Apple TV but what will it do for me and is it worth the price?"

Well, as always our readers come up with the best questions. And in this case, the most topical as well considering that the AppleTV just started shipping last week and only recently did your favorite Mac specialist, The MACist, get his hands on one to put through its paces. As I continue to explore the various capabilities, pluses and minuses of the AppleTV, I may end up coming to a different conclusion than three or four days of working with the device provided.

That said, unless I find something seriously lacking with the device or a giant flaw suddenly rears its head, I feel confidant enough to render an opinion now. What is that opinion? Well, the answer, as it often is, depends on several factors — not the least of which is whether you have an extra $300 (or more, see below) burning a hole in your pocket. Yes, the AppleTV is rather pricey for what it does but what it does it does very well. You won't find it done better on any other device out there.

But should you get one? Yes, I think you should, provided you consider the following before you make your decision.

• Price -- As I said before, its a little on the expensive side. This is one thing I find very unfortunate about the device. If it were only $200.00 or even $249.00 it would seem like a better value than it does at $299.00. Still, I purchased one and so will a lot of people. Apple is smart and I'm sure they've done market research and found out that this price point fits nicely into their target demographic. Although, like anything else, the price will eventually drop -- especially if it doesn't sell as well as Apple thinks it will -- so you can always wait six months or so and see what happens.

• Features -- The AppleTV is a device that you attach to your TV and it allows you to watch or listen to content from your computer's iTunes Library on your TV. To me, that's a great feature (the AppleTV's 'killer app') and the one that will sell the most units. The idea that all that content is on my computer and the only way I can watch or listen to it was on the tiny screen of my video iPod, or on my computer's screen, made me somewhat reluctant to purchase content from iTunes -- especially video.

Now that I can watch content on my TV in the comfort of my living room -- instead of sitting at my desk in the office or hunched over an iPod, I have already watched more content -- TV shows, Movies, Podcasts -- in the last few days than I did in the last few months. That alone makes the AppleTV worth getting. Another feature of the AppleTV that's nice, but are not the main selling point, at least to me, is the ability to have multiple sources for your content, not just one iTunes library on one computer. Although, in my house, I do have one computer designated as the media "server" and that's what connects to the AppleTV so I don't think I'll be using the multiple connections to multiple iTunes libraries feature. Maybe you will.

• Limitations -- One of the biggest limitations is the paltry size of the Hard Drive inside the AppleTV. I don't know about you but I have way more content that 40GB and so syncing the AppleTV to my library is not going to be an option. I will only be using the streaming option. Sure, some people are already putting bigger drives in them but I think this was pretty short-sighted of Apple to hobble the device with such a small drive.

With drives being so cheap these days I don't think it would have killed them to put in a larger one. Besides, you shouldn't have to pay $300 bucks for something and then spend more to make it work the way you need to. Of course, if you don't have 40GB of content (and some people don't) then the hard drive size will be less of a problem for you. Music takes up far less space on your drive than video so that might be one rationale Apple used when selecting the drive size. They figured people probably have more music than video at the moment so they don't need a super large hard drive.

The flaw in that logic is, of course,the fact that AppleTV hooks up to your Widescreen HD TV (if you have one). So, AppleTV was obviously designed as video device as well as an audio device. In the end though, I think of the hard drive as more of an annoyance than anything else. Sure, its too bad I can't sync everything but the device still streams my content just fine and does a great job scaling the video to fit my TV. That's more important to me than being able to sync. If the picture looks good and I can stream without glitches, the device is doing its job.

That brings me to another potentially annoying limitation I have come across. To make sure you get the best possible streaming of your video content, you really want to have Apple's newest version of wireless network -- Airport Extreme N (aka 802.11N) running in your house. I tried streaming video over my slower Airport Extreme (aka 802.11g) network and had several moments where the video stopped and had to catch up. When I streamed the same content using my 'N' network, those problems went away.

• Conclusion -- The AppleTV is a great device that does one thing in particular extremely well -- play video and audio content on your HD television via wireless streaming or synchronization. The bottom line is the same with any other Apple device (or other high-end product): If you want the best, highest quality and easiest to use item, prepare to spend more for it. If you don't mind paying a premium for the ability to watch your videos and podcasts in the comfort of your living room with minimal muss or fuss, then the AppleTV is the right device for you.

Ok, that's it for this week's 'Ask the MACist.' But remember, if you have a question about anything Mac, Mac-related, or even something about other tech like TiVo, cell phones, Blackberry (or even Windows), send it to me, The MACist, at: themacist at gmail dot com.