Ask the MACist — Should I Get an iPhone? 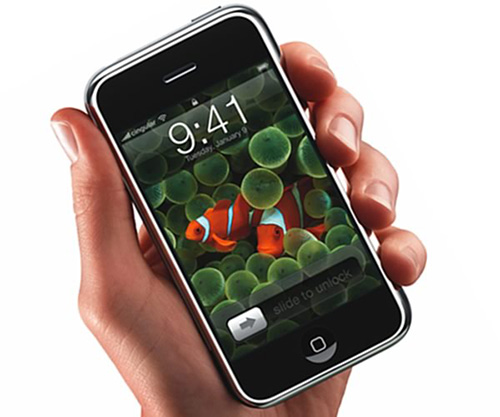 Welcome to the latest edition of Ask the MACist, the column where I answer your Mac and Mac-related questions with hopefully more clarity and insight than you could ever need. As always, I want to thank those of you who sent in questions this week. They are much appreciated. Please, keep it up!

This weeks question comes from Susan in Encino. She asks: "At the moment I'm on Verizon but I think I really want to get an iPhone. Do you think that's a good idea?" I can't tell you how many people have been asking me that exact question since the iPhone was announced at MacWorld Expo in January. People really seem to want one and I can't blame them — its a cool looking device. But should you get one when they come out? The short answer is: probably not. For the longer answer, read on.

First, keep in mind that the iPhone has only been announced with some features and specs reveled to an eager population. However, it will not be coming out until at least June (so far, unless it gets pushed back like the AppleTV) so we don't know what features will be added, removed or how the device may change between then and now. Just keep in mind that the iPhone you want at the moment might not be the iPhone you'll get in June. It may be even better and have more features. Or, it may have features removed or changed to get it out the door in time.

Ok, now that we've talked about what might happen, let's look at what we do know. First, the iPhone will be a Cingular only exclusive for an as yet undetermined amount of time -- but probably a year at least. So, that means if you are not currently a Cingular customer, you'll have to switch to them from whatever company you have now. And, if your contract isn't up for renewal when you switch, you'll be paying some cancellation fees. So, factor that additional cost in when you think about getting an iPhone. The two versions of the iPhone as announced are, at the moment, going to cost $499 for the 4GB model and $599 for the 8GB one.

So, for you switchers breaking contracts with your current cell carriers, it will cost at least $650 to get your hands on an iPhone. Not only will you have to fork over a large amount of cash to get the device, you'll also have to agree to a two-year contract with Cingular to be allowed to give them your money for the iPhone. Even if you could, that would make the cost of the iPhone even larger. It's only because Cingular is subsidizing the cost of the iPhone that they can offer it for the price they are.

Already a Cingular customer? Get in line behind the switchers and new customers, because they'll be getting first crack at the iPhone and the new two-year contract. I'm sure Cingular will also sell existing customers an iPhone, but not until after they take care of all the new customers. Plus, given Cingular's track record with product releases of late, count on shortages of the iPhone almost immediately when it comes out. Although that might not be completely Cingular's fault, as Apple is notorious for product shortages at launch as well.

So, you have to spend a great deal of money, agree to stay with Cingular for two years minimum, be a new customer if you want to have a chance to get an iPhone at launch and if not, have to wait even longer to get one due to supply shortages and the fact that new customers are in line ahead of you. Expensive and potentially very annoying? Yes. Worth it? Maybe.

Even if you don't care about the potential problems or money -- and some people don't -- the next thing you should think about is the Cingular network and especially their data network. Because what's the point of having a bleeding-edge phone that can access the internet and get email wirelessly if you don't use it for those features? At the moment, Cingular offers a data plan on what is commonly known as their EDGE network.

If you currently have a device using the EDGE network from Cingular or another carrier who has a similar network like T-Mobile, then you know the speed isn't very impressive when you try to browse the web on your handheld device. Sure, you can read web pages and do other things, but the speed is not much better than dialup. EDGE speed is much better for email -- because email is often just text, it is less data-intensive. But with the iPhone's included Safari web browser and its much-touted "full web experience" displaying the web in all of its complicated and media-intensive glory, I just don't think EDGE is going to do the trick, and will make for a very poor user experience.

Sure, the iPhone also offers the ability to connect with a Wi-Fi connection -- which is a great feature unless you don't happen to be near a Wi-Fi network. At a Starbucks or your office with Wi-Fi, no problem. On the road and need to browse the web or search Google maps for the address you forgot? Most likely you won't be near a free and accessible Wi-Fi network and will be forced to use EDGE most of the time. So, keep that in mind.

At the moment, you probably won't be able to take full advantage of the iPhone's web browsing capability unless you are connected to a Wi-Fi network. Although who knows, perhaps we will see free Wi-Fi come to LA sooner or later. If so, it would help make the iPhone much more usable as a web browsing device while out in our city. Until then, though, you'd be stuck with EDGE speeds.

The other thing people should think about when thinking about an iPhone is something that I hope doesn't get overlooked in all the hype: How is the iPhone as a phone? I don't know about you, but the primary thing I do with my cell phone is make and receive calls. So, any device I get to replace what I am already using should at least be as good at making calls as the one I have now.

Unfortunately, the brief demo I heard at MacWorld doesn't really tell me much about the call quality of the iPhone. Sure, it has a great interface that makes it seemingly effortless to search your Apple address book and make a call -- but if I can't hear the person on the other end of the line, what's the point? We can't know for sure how the iPhone will be as a phone but we can make some assumptions based on the past performance of the Cingular network.

If you use Cingular now or know someone who does, check on the call quality and network availability. Because no matter how great a device the iPhone is, it will still be subject to the quality of the network its on; if the network isn't so great, the iPhone won't be either.

Obviously, some of the positive things about the iPhone are its Mac OSX interface and reported seamless connectivity with the Mac desktop. Plus, it will play your music and videos on its very nice screen, which has a much better look and feel than the current crop of "video" iPods. Plus it really looks cool, and will probably be pretty easy to use for most people -- once they get used to not having real buttons and using the touch screen (unless you have big fingers like me).

But will the price, Cingular contract commitment, data plan requirements and cost, battery life questions, durability -- iPods are not exactly known for their durability, especially when it comes to scratches, and the iPhone will look and feel much like an iPod -- make the iPhone worth it? The bottom line is this: the iPhone, at least version 1.0, is not for most people.

It is a product designed for the early-adopter for whom price isn't as important as looks, and who wants cutting-edge features -- be they strictly necessary or just cool. I think Apple will sell a lot of iPhones, but for the average user who cares more about a phone being a phone, writing an occasional text message, or taking a quick picture -- rather than mobile email or desktop-quality web browsing -- I think iPhone 2.0 will be a better choice for you.

Of course, I'm going to get an iPhone the first moment I can -- but that's my job. I spend my hard-earned money and precious time trying out this kind of stuff so I can report back what I find -- good or bad. That way, I can save you the time, expense and trouble of having to do it yourself, especially if it turns out to be a bad experience. No need to thank me, though -- it's fun. Although if you do happen to have a spare $650 bucks that would be great.

Remember, if you have a question about anything Mac, Mac-related, or even something about other technology like TiVo, Blackberry, XBox 360 or even Windows, send it to me, The MACist, at: themacist at gmail dot com.