Costco Reins It In 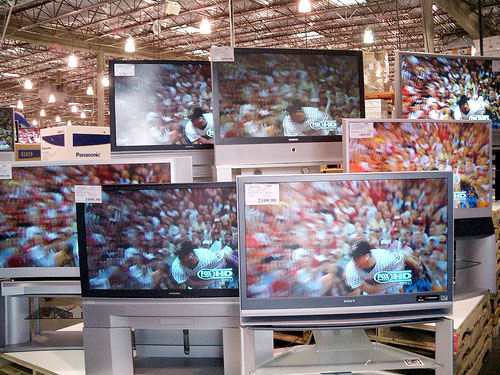 It may have been a secret known only to a few bold individuals but for many years, Costco has had one of the most liberal return policies on electronics in the business. And that, apparently, was the problem. Spurred on by losses amounting to hundreds of millions of dollars a year, the LA Times is reporting that Costo will halt its very liberal return policy this week.

In the past, you could purchase anything electronic from Costco: TVs, Computers, iPods or whatever and use them for six months, a year or longer and then return them, no questions asked. Then, you could take the money you got back and buy an even better item for less. Sadly, those days are gone. Now, if you buy electronics from Costco, you have 90 days to return them, not forever. Other non-electronics items can still be returned indefinitely.

According to the Times piece, reactions among Costco customers was mixed. Some understood and others were put off by the change — probably some of the ones that were abusing the policy in the first place. Although, I never really understood how Costco could offer such a policy at all. I realize customer satisfaction is important but the policy just seemed like bad business and a way to lose money.

I personally know several people who would buy computers every six months or so and then return them for new and better ones. I can't really blame them, though, for Costco's policy. They were just following the rules. And hey, if Costco sold Macs I probably would have been there too. But no, I don't need a $400.00 eMachine tower, even one I can return any time I want.

If you're put off by Costco's change in policy, don't worry. Other giant stores like Sam's Club still have more generous electronics return policies — six months in the case of Sam's Club. So, if you still want to get a new computer all the time you'll just have to get one every six months instead of once a year. With the way technology changes so quickly, six months is probably a better schedule anyway.