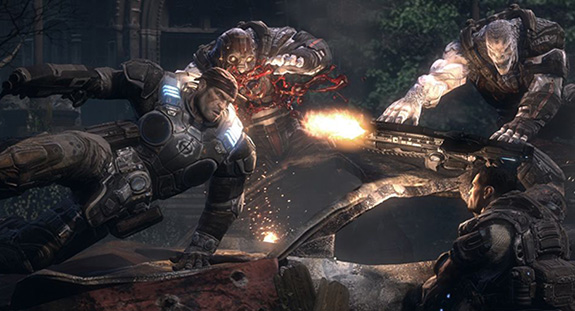 Welcome to the LAist weekly tech news roundup. Each week I'll be bringing you the latest, and hopefully most interesting, technology news from around the city, the state, the country and maybe even the world. Also, if you have any news, tips or things of interest you want to point out, feel free to drop me a line at: themacist [at] gmail dot com. Now, let's get to the news:

Mac OSX 10.5 (aka Leopard) and iLife '07 are now expected to ship as early as end of March. Previous reports had them coming out in the Spring. But now, with work moving faster on them than expected, it looks like they are going to come out earlier — that is, if you can believe rumor sites like this.

In other Apple news, it appears that Apple and The Beatles have decided to be friends and settle their longstanding dispute. No word on when Beatles songs will hit iTunes but can it be far away now?

Speaking of music and iTunes, Apple CEO Steve Jobs jotted down his thoughts on music rights and DRM this week for all to read. His conclusion? DRM must go.

IN other DRM news, EMI is considering and is reportedly taking steps towards releasing it entire library, including The Rolling Stones and Coldplay, as mp3 files on the internet completely free of any DRM.

Stuck needing a file but its protected by someone's password? Try this list of the ten most common passwords to see if one of them works. Now, time to change my passwords.

Say goodbye to that ancient computer on your desk because computers are about to take a huge leap forward. You could even call it a "quantum leap" forward if you want.

NYT columnist and Mac addict David Pogue tells you why the number of Megapixels your camera has doesn't really matter all that much.

Hey, you know that cool iPhone that Apple is releasing in June? Well, Microsoft has one too. How cool it will be is anyone's guess. My guess, not very much. Look at the Zune' and tell me if you agree.

Speaking of phones, here's some blurry pics of Nokia's latest cool device, the E90 Communicator. Cool. Not as cool as the iPhone but really, what is?

Mega-selling XBox 360 game Gears of War wins a bunch of awards. If you haven't played the game, try it. It pretty much kicks ass.

Want free Internet access in any Internet cafe? Sure you do. Well, supposedly this device can give you what you want. Haven't tried it yet but hey, you never know.

Former untouchable film giant Kodak is letting go over 3000 workers as they attempt to stay relevant in today's digital world. I hope they do. We need a company like Kodak around to remind us of the way things were.

Lastly, listen to what scared the crap out of people and caused panic in 1938. This is a prime demonstration of the power of imagination. No visuals necessary. All one needs is the mind.