At Coachella: The Good, the Bad and the Queen 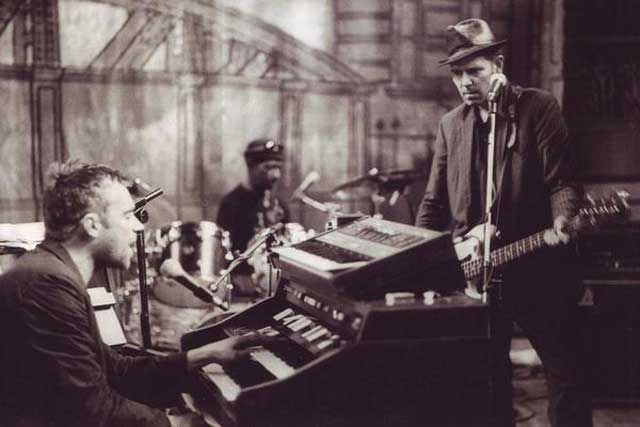 Before the hand strikes twelve tonight, you might want to check out the current iTunes Free Download Single of the Week. The song, Herculean. The band, The Good, the Bad and the Queen.

Their self-titled debut album released a week ago and while you may have not heard the band, you've heard the players. Blur's front man Damon Albarn leads the project and Danger Mouse produces (in real life, his name is Brian Joseph Burton and he produced Gnarls Barkley's St. Elsewhere and Gorillaz' Demon Days).

Also in the mix is The Clash's bassist Paul Simonon. On guitar is Simon Tong, who has played for The Verve, Blur and Gorillaz and playing drums is Tony Oladipo Allen whose fame lies in bringing the Afrobeat genre to the world with Fela Kuti.

Their music is pop-like, but reserved for the dark corner at a junior high school dance where the cool kids go to make out. There's nothing in your face about their album — it's chill, yet seductive spiced in the feeling of adventure and hope.

You can make out to them at Coachella on Saturday, April 28.