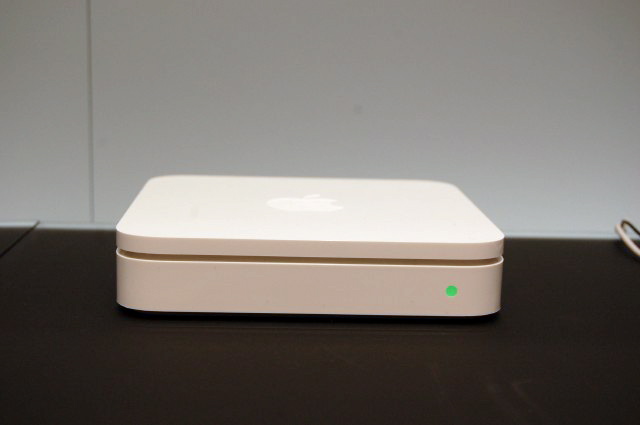 Hello again and welcome to the second installment of Ask the MACist Macworld Expo Edition. Last time I thrilled you with some of my predictions for this year's keynote speech given my Apple CEO Steve Jobs. Well, the keynote is over and so let's see just how I did. As Elina pointed out earlier, Apple introduced a few new and exciting products this year including the new Apple TV and a new iPhone which combines a video iPod, a cell phone and wireless internet/email/pda functionality all in one. Not a bad day, all things considered.

So, what about my predictions? Well, I did pretty well I think. Apple did release a new iPhone and a video iPod (although, its all the same unit) and the iPhone will be GSM, EDGE and for Cingular only. So, I got most of that right. Also, the new iPhone includes wireless EDGE as well as Airport and will run OSX. They did not, however, announce any improvements to iLife or iWork but I feel they will shortly. I'm sure it was just a case of not wanting to take anything away from the iPhone.

About the iPhone I can say this: the pictures do not do it justice. In person, it is a fantastic piece of technology that Apple will sell the crap out of. The interface, design, form factor and the just plain "coolness" of it will ensure it's release is met with great success. As a T-Mobile customer, I'm pretty disappointed that it will only be for Cingular but I guess T-Mobile probably doesn't have the necessary customer base, nor the financial resources, to subsidize an expensive piece of hardware like the iPhone.

Anyway, when its released I will ceratinly get my hands on one and report back. Until then, I can say that imagine anything you can about how cool it is and then multiply that by a factor of 1000. You will then start to get a small idea of how impressive and innovative the iPhone is. It's just that cool.

Turning to the other major release, Apple TV, I can say that it is less impressive to me as someone who already has Tivo. The idea that I can stream content from my Mac to my TV is interesting, but I'm not sure if it qualifies as what Steve Jobs would call a "killer app." However, it is impressive for a couple reasons. First, it has HDMI built in, which is nice. Plus, it also has all current flavors of wireless including B, G, and N.

Of course, at the moment Apple has no other N devices and with the Apple TV scheduled to be released in Feburary, can N version Airport Base Stations and Airport Cards be far behind? No. In fact, I'll bet they release those very things shortly before the Apple TV ships. Or, you may even be able to order them sooner that that. In fact, I just noticed that Apple now offers the new Airport base station today and it will also ship in February. How's that for service? I don't see new Airport cards for Macs yet but they must be coming soon.

The nice thing is that today you can order an Apple TV and it will ship in February. So, I did and will report back what I find out when I get it in my hands. In the meantime, lets talk a little more about what this device does and what it means to you. Apple TV will take any content from your Mac and play it on your TV. It will also stream content from five other Macs to your TV as well.

So, if your friend comes over and wants you to watch some porn they dowloaded, you can. It configures seemlessly and the streaming is pretty good considering it was coming from a Mac Book in the demo and it did not have N speed wireless in it. So, streaming from G wireless seems to work pretty well. Other than that, you can also sync your library of movies, music videos, songs and whatnot from your mac itunes to your Apple TV on the included 40 GB hard drive. Although, if you have more than 40GB of music and movies like I do, you won't be able to sync all of it. You can, however, select what you want to sync and not sycn all of your library so for those of you with a lot of content, that's the way to go. Things playing directly from the internal hard drive in the Apple TV will play better than things being streamed.

Ok, that's a quick overview of the big things at Macworld for the moment. As the week goes on I will come back with more stuff as I find it out. In the meantime, if any of you have a specific question, feel free to send it in and I will do my best to answer it. Send questions to the usual address: themacist [at] gmail dot com.

Oh, I just want to make a quick note of thanks to Microsoft. Why, you may wonder? Well, I'm finishing up this post while sitting in Microsoft's official "Blogger Lounge" at Macworld where they provide free macs and internt access to all bloggers. I think that's anice thing and just wanted to give them the thanks that they deserve.

Also, I just had a sneak peek at Office 2008 for the mac and it looks pretty cool. Lots of new features and refinements of older ones. Unfortunately, they don't have that much of it in a state to show, so I had to be content with the limited look I was given. The one thing I was really curious about was Entourage and its compatibility with Exchange Server and a few other things probably not of much interest to the usual Office user and more for my current and former clients who use Office in their business. Anyway, Microsoft says they expect to to release Office 2008 for the mac later this year so it looks like it will be out before 2008. Probably before Vista too but I guess you never know. Microsoft may surprise us.

About Chris Ullrich: Chris is a frequent contributor to LAist as well as other sites like Comic Book Resources and Cinematical. He also used to tweak Macs (and PCs) for clients in the entertainment industry (and still will if you pay him enough).

photo of the apple tv by powerpage via flickr