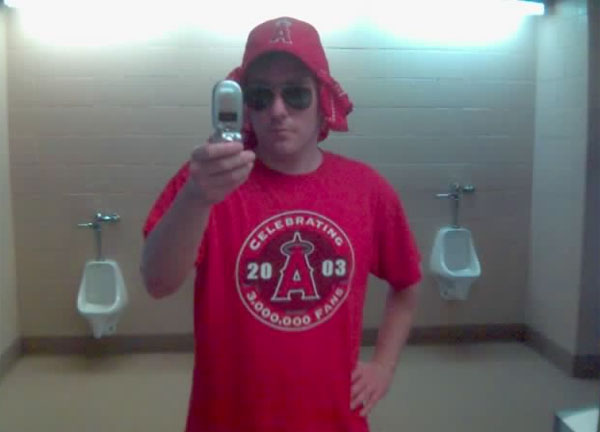 A long time ago in a peninsula far far away (if a 90 minute drive is far), there was a college newspaper so good that Matt Welch's only regular writing assignment was the two or three sentences in the Weather box.

Though this was late-'80s Santa Barbara and the weather for an entire year was Sunny and Mild (we were in the midst of a year-long drought), somehow Welch's Weather box was one of the widest-read and most-loved parts of the award-winning college rag, UCSB's Daily Nexus.

Instead of getting his diploma, Welch ran off to Czechoslovakia with a few other Nexites and helped start the first English language newspaper in Prague, Prognosis.The paper (and the founders) got major attention from media outlets everywhere, and they all came to interview Matt — including his future employer.

Welch went on to work for a few business journals in Eastern Europe, and once he came back home he freelanced a bit and eventually found a comfortable home at Reason, a libertarian oasis of insightful journalism. One of Matt's duties at Reason was to write on their burgeoning blog "Hit & Run", where he did his best not to be distracted by some of the loonies who trolled in the comments.

Because he's a consummate writer and had great bosses, Matt was allowed to freelance from time to time for places like ESPN.com, Slate, and Wired, but some of his best pieces were his anti-LA Times pieces in the LA Times.

They were so good, in fact, that the Times hired him. And now, not only does he occasionally (it's a secret you see) write the paper's unsigned editorial, but he works with the guest columnists, edits their work, and manages one of the Times' many blogs, Opinion LA. And of course to show off he plays in an Americana band, when he's not droning on endlessly about 1930s baseball players in a way only a dozen or so bespectacled Jamesian nerds would appreciate in his personal blog, one of the first "warblogs".

Today he humored us with his list of 10 Ten Best Things About Working for the Evil MSM.

Top 10 Best Things About Working for the Evil MSM

3) It's the closest I'll ever come to getting signed, or dropped, by Geffen.

4) The seven phone calls a day from Brady Westwater.

9) The daily miracle, the highs and lows, joys and tragedies, of putting out a daily newspaper. I highly recommend it.

10) Helping get some -- but not nearly enough! -- of the best local writers into their hometown rag. Then begging them for links.