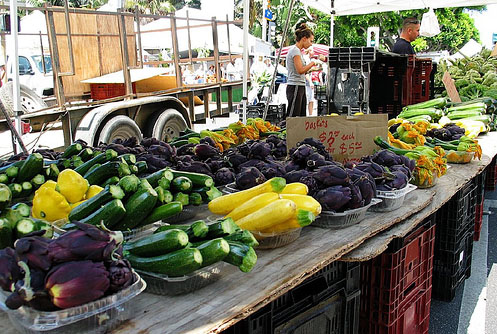 It took two weeks for the Santa Monica jury to reach its decision on the old man who ended the lives of 10 in 2003, but this morning they agreed that yes, he was guilty of vehicular manslaughter.

The 89-year-old Weller was accused of 10 counts of vehicular manslaughter with gross negligence after he plowed through the crowded Santa Monica's Farmer Market killing 10 and injuring 63 three summers ago. On Wednesday the jurors, after eight days of deliberation, were still deadlocked and finally asked the judge to clarify the definition of gross negligence. Superior Court Judge Michael Johnson defined it as "more than ordinary carelessness, inattention or mistake in judgment."

Weller could receive up to 18 years in prison.

NBC4 reported that the Johnson told the jury, "I wish I could meet with you and talk with you but I can't because of my continuing responsibilities in this case." The judge will determine the penalty and punishment, which could also include probation.

Jurors had the option of finding Weller guilty of the misdemeanor vehicular manslaughter with negligence, but chose to throw the proverbial book at the senior citizen, in effect giving him a life sentence for his actions, which some witnesses said he did maliciously. One witness said she saw him brake before first entering the market, and other witnesses say Weller chided the victims saying, "you saw me coming, why didn't you get out of the way."

“He spent two hours yesterday talking about everyone other than the defendant,” Deputy District Attorney Ann Ambrose told jurors in her closing testimony in regards to Weller's defense attorney Mark Overland. “He roared at you so you wouldn’t look at the truth, the truth that Mr. Weller’s conduct killed 10 innocent people.”

A third witness, Andrew Fisher, testified on the stand that despite the scene being in "sheer chaos ", Weller appeared calm, passive, and unperturbed, and indeed asked the crowd "If you saw me coming, why didn't you get out of the way?"

Weller, who didn't even appear in court to hear his verdict, is the oldest Californian to ever be convicted for a serious crime.