13 Scaaaaary Things to do on Friday the 13th

by Elina Shatkin in Arts & EntertainmentMiscellaneous on October 13, 2006 12:00 AM
Tweet 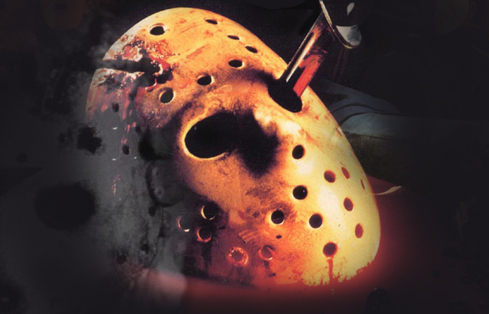 It's Friday the 13th. To make matters worse it’s the Friday the 13th two weeks before Halloween. This means every enterprising event promoter, gallery owner, theater manager and wanna-be goth has come up with a half-assed entertainment venture with some thuddingly obvious Halloween tie-in. Here are a few things you can do tonight that'll probably suck less than sucking on the business end of Satan's pitchfork.

Creeper Double Feature
WHAT: To gear up for the Chainsaw horror movie awards, which happen on Sunday, Oct. 15, Fuse & Fangoria are screening a double feature: Friday the 13th and Nightmare on Elm Street at the Vista Theatre in Silver Lake. If you RSVP by emailing rsvpla@filtermmm.com, you'll get in for FREE, which includes free popcorn, soda/pop and drinks (while supplies last). There will also be ticket giveaways for the Chainsaw Awards.
WHEN: Friday, Oct. 13 @ 8pm
WHERE: Vista Theatre
4473 Sunset Dr.
Los Angeles, CA 90027
COST: FREE with RSVP

A Ghoula-A Gala
WHAT: L.A.C.E. Productions presents a late-night screening of the 1959 Horror classic House on Haunted Hill starring Vincent Price and presented with the amazing wonder Emergo, where the thrills fly right off the screen. The film will be preceded by live entertainment including the dancing "Skele-rinas" of Caitlyn Carradine, the alchemy of Eli Presser and the eerie vibes of vibraphone virtuoso Nick Mancini.
WHEN: Friday, Oct. 13 @ 11:30pm
WHERE: Regent Showcase Theater, 614 N. La Brea Ave.
COST: All seats $13. (Note: All profits will go to the restoration of one of the world famous Ennis House, which was designed by Frank Lloyd Wright and is featured in House on Haunted Hill as the title character).

Dr. Merlini's Ghost Spirit Show
WHAT: A throwback to the macabre midnight ghost shows of the 1940s. Join Dr. Merlini the Mad Magician as he hosts an evening of screams & songs, a celebration of all things spooky and supernatural.
WHEN: Friday, Oct. 13 and Saturday Oct. 14 @ 8:00pm
WHERE: The Velaslavasay Panorama
1122 West 24th Street
Los Angeles, CA 90007
(Located in the Union Theatre on 24th Street, between Hoover St. and Vermont Ave., three blocks north of Adams Blvd.)
COST: $10 (members and seniors get in for $8)


Uncle Vampire
WHAT: Based on the young adult novel by Cynthia D. Grant, this play is a haunting, modern-day take on the traditional vampire story. Carolyn and her sister Honey share a secret fear that their Uncle Todd is a vampire. Although Carolyn is desperate to tell someone, Honey pretends that nothing is wrong. Everyone knows that the only way to get rid of a vampire is to drag it into the light, but doing so may reveal even more horrible secrets. Written by Edward Mast and directed by Bennett Cohon.
WHEN: Thursdays through Saturdays, October 5 - November 4 @ 8pm nightly
WHERE: Write Act Reperatory
6128 Yucca Street
Los Angeles, CA 90028
(between Franklin Ave. and Hollywood Blvd.)
COST: Tickets normally cost $20, but every Thursday until the end of the show's run, if you bring one or more friends, you'll all get to see it for $10 apiece. And on Friday the 13th you can get buy-one-get-one-free prices by going to Goldstar.
RESERVATIONS: (323) 469-3113