Veronica Mars is Back! 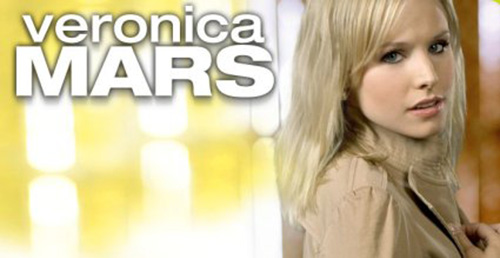 Like the "Terminator" before her, "Veronica Mars" is back. One of the few shows to survive the transition from The UPN to The CW, "Veronica Mars" proved once again how good television can and should be and why it rightfully has a place on The CW Fall schedule. Filling the void left by the departure of Joss Whedon’s “Buffy the Vampire Slayer” and “Angel”, “Veronica Mars” is a smart, funny show with great dialog, excellent performances, well-drawn characters and crafty plot twists that put it far above the majority of other shows on TV this year.

The third season kicked-off Tuesday with Veronica (Kristen Bell), her best friend Wallis (Percy Daggs III), her boyfriend Logan (Jason Dohring) and gal-pal Mac (Tina Majorino), still in Neptune but now off to college at Hearst. Her father, Keith Mars (Enrico Colatoni), also returns and in the opener is taking care of some loose ends from last season in the form of Kendall Casablancas (Charisma Carpenter) and a mysterious man he picks up from prison.

Plus, there are a couple of new faces rounding out the cast this year. Wallis' new roommate Piz (Chris Lowell), whose stolen belongings are the reason Veronica gets back into the detective business at Hearst College and Mac's roommate Parker (Julie Gonzalo), who has a mystery of her own when she wakes up a possible rape victim with her head shaved at the end of the episode. Parker's trauma and the mystery surrounding it will almost certainly be one of the threads that drive the show throughout the season.

Another mystery that had its start on Tuesday night was what Veronica's father was doing out in the desert, injured and stalked by a man with a gun. Somehow, these stories will come together, get mixed and twisted around and lead to the ultimate resolution of the season. How it will all turn out is anyone's guess but that's the fun of it and one of the main reasons why "Veronica Mars" is such as great show. It keeps you guessing until the very end.

Building on its trademark strengths of inteligence, humor and solid writing and adding to the mix some new faces, new mysteries and new surprises, the third season of "Veronica Mars" promises to keep both old and new fans entertained all season long.