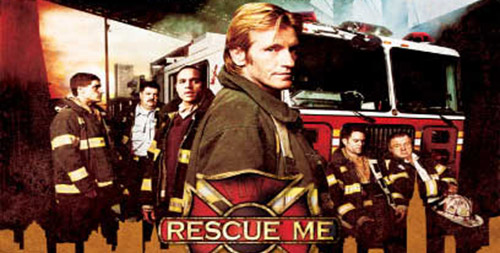 The Prime Time Emmy Award nominations were announced today and yes, LAist was left out again this year. We keep waiting for the opportunity to use that old yet tried and true saying "its just a pleasure to be nominated" but we never seem to get the chance.

Anyway, some surprises and some obvious omissions this time around as the Academy of Television Arts and Sciences was going for a "more diverse" group of shows this year for the nominations. Leading the pack were "Grey's Anatomy" with 11 nominations and "24" with 12 nominations. The show with the most total nominations was TNT's mini-series "Into the West", which had 16.

Some shows conspicuously absent from the list of nominations were "The Sopranos," a perennial nomination leader, which received only one nomination in a major category, for best drama. Neither James Gandolfini nor Edie Falco, the show's stars, received a nomination. Also missing was "Lost", best dram from last year's awards and "Desperate Housewives", last years winner for best comedy series.

Personally, we're pulling for Denis Leary to win best actor in a drama series for "Rescue Me", Kyra Sedgwick for best actress in a drama for "The Closer" and it will be a tough call between Will Arnett for "Arrested Development" and Jeremy Piven for "Entourage". They are both really so good.

For the complete list of major nominations, check out CNN.com here. The Emmy Awards are scheduled to air August 27 on NBC broadcast from the Shrine Auditorium. Conan O'Brien will host.