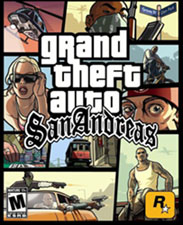 Videogames are big business, grossing more than $9 Billion in 2004. The top 2 games of 2004, Grand Theft Auto: San Andreas and Halo2, each alone earned $250 Million. And, some of the largest videogame companies, such as Electronic Arts, have a huge presence here in Los Angeles. As games get more and more popular, the demand for A-list acting talent to lend their voices and faces to games, has increased.

According to showbiz trade paper, Daily Variety, the Screen Actors Guild is currently in the final stage of negotiations with major videogame companies to form a new contract which covers compensation and other benefits for that talent and replaces the one set to expire this Friday. The current contract has been extended twice before but will not be extended a third time. If negotiations break down or a new agreement is not reached, it could lead to a strike against videogame companies by SAG and its sister union, AFTRA.

Boing Boing has more and also provides a reg-free link to the Daily Variety story.